Rs 10 Lakhs Offer to Find Burhan, 21, Who is All Over Social Media

The 21-year-old commander of the terror group Hizbul Mujahideen is the star of a new video that's being circulated on Facebook and WhatsApp in an attempt to recruit young Kashimiri men.

Burhan Muzaffar Wani is from a wealthy family in Tral in the southern part of Kashmir. At 15, he joined the deadly terror group after his brother was allegedly assaulted by the army in 2010.

There is a 10-lakh reward offered for information leading to his arrest. 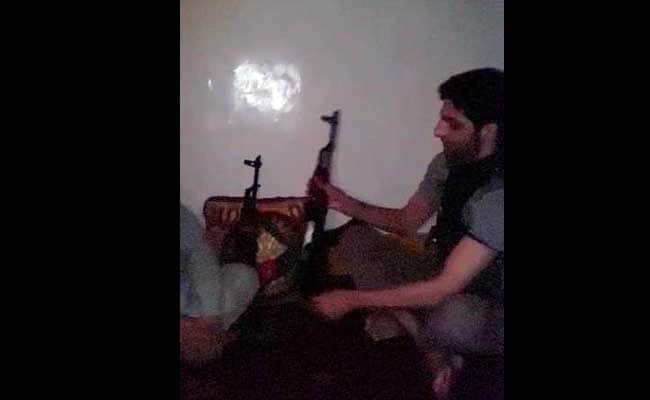 Another grab from the Hizbul Mujahideen video shows Burhan Muzaffar.
He has featured heavily in photos of militants that have gone viral on Facebook. Sources say Burhan is an expert in using social media to reach out to young men.

One of his brothers was killed allegedly by the Army earlier this year when he attempted to meet Burhan in the thick Tral forests.

Sources describe Burhan as a charismatic leader who delivers strong speeches and has turned into the face of a resurging militancy among the youth in the area.

A senior police officer told NDTV on the condition of anonymity that Burhan has been the main draw for nearly 60 young and educated boys in South Kashmir turning into militants in the last six months.

Police say while Burhan is not been personally involved in any attack on security forces, his activities have become the biggest security threat in the area. "He knows the power of social media and he is using it fully. Almost every other day we are hearing that he has released some video to romanticise and glorify militancy" the police officer said.