1 Killed, 8 Injured in Heavy Firing by Pakistan Along the International Border in J&K 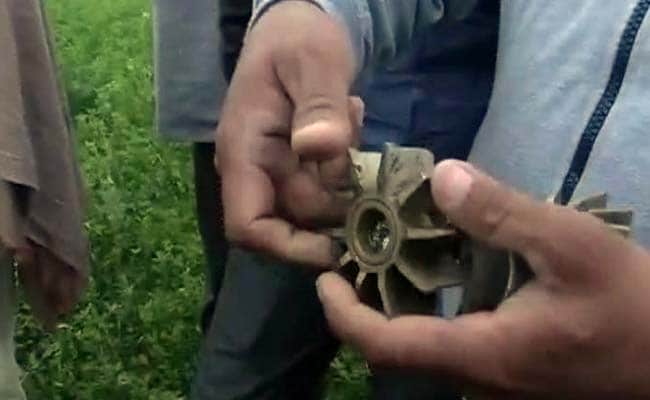 Jammu: A woman was today killed and eight other civilians were injured as Pakistani troops targeted villages and 13 border outposts with heavy mortar shelling in Kathua and Samba districts in Jammu and Kashmir.

The fresh ceasefire violations have triggered migration from border villages and over 1000 people have been evacuated from hamlets in Samba and Kathua district, officials said.

The latest round of firing by Pakistan which started on New Year eve has left two persons dead, including a BSF jawan, and nine injured while five Pakistani Rangers have been killed in retaliatory firing by India. It comes barely two months after the last major escalation that left 13 people dead and displaced 32,000 border residents.

"BSF troops gave a befitting reply resulting in exchanges which stopped at 3 AM in the morning," the IG said, adding that Pakistan again started mortar shelling and firing targeting civilian areas since 7 AM.

He said that all border outposts in three battalion areas of Samba and Hiranagar sub-sectors in Kathua district were targeted. IG BSF has also issued an advisory to the border people for evacution.

A woman identified as Tori Devi of village Mangu Chack has been killed in the shelling and four civilians have been injured in the firing and shelling, Senior Superintendent of Police (SSP), Samba, Anil Magotra told PTI.

Scores of houses have suffered damage and few animals have also perished in the firing, he said.

The injured have been shifted to GMC hospital, he said.

The SSP said that buses have been kept ready for evacuation and "we are waiting for the firing and shelling to stop so that people are shifted to safer areas in shelter camps".

People have taken shelters in bunkers and are not venturing out, he said.

Over 550 incidents of ceasefire violations by Pakistan occurred in 2014, the highest since the truce came into force in 2003, with the Indo-Pak border witnessing the worst such escalation during August to October which left 13 people, including 2 security personnel dead.

Over 32,000 border people were forced to leave their homes and take shelter in camps set up by the government in August and October due to heavy firing and shelling by Pakistani troops along the international bordre and Line of Control.

A total of 19 people, including five jawans, were killed and over 150 injured in such incidents last year.

Deputy Commissioner, Kathua, Shahid Iqbal Choudhary told PTI today that two women were among the four injured in the firing and shelling in civilian areas in Hirangar belt.

The injured have been identified as Suresh Singh of Nau-chak, Mansu, Rajni and Madhu Bala of Chan Laldin village, Mr Choudhary said.

"Residents of four villages have been evacuated. Others may be shifted if required," he said.

Ambulances and doctors have been deputed at Hiranagar and three buildings have been made operational as relief camps keeping in view the volatile situation prevailing in the area, he said.

Deputy Commissioner Shahid Iqbal Choudhary along with senior officials is camping in Hiranagar to monitor the situation and coordinate relief and rescue operations.

All sarpanchs, panchs, lumbderdar and prominent persons in 57 border villages have been instructed to communicate to the public regarding safety measures. Relief camps have also been kept in preparedness, he said.

Last night, the force had thwarted a "major infiltration attempt" from across the border.

Under the cover of shelling and firing, the Rangers tried to push a group of seven to eight heavily armed militants from forward area of Chor Gali in Samba sector at 11.30 PM.