The main event will be held on April 14 in which a large number of local Sikh and Hindus will also participate. 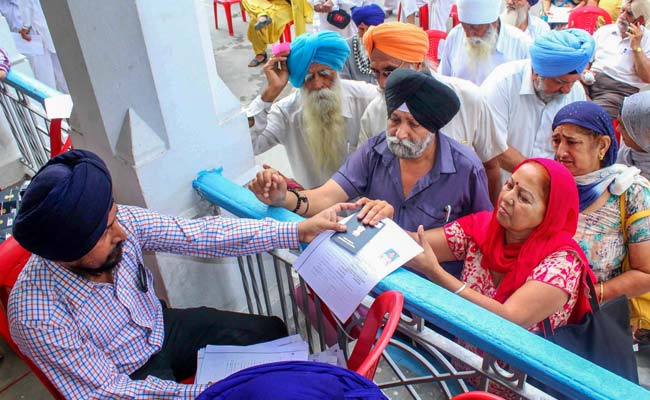 The sikh pilgrims will leave Pakistan for India on April 21. (PTI)

"Some 1,700 India Sikhs arrived here by special trains to attend festivities and Baisakhi Mela at Gurdwara Panja Sahib in Hasan Abdal in Rawalpindi (250 km from Lahore), said Amir Hashmi, a spokesman of ETPB that looks after the holy places of minorities in the country.

He said the main event will be held on April 14 in which a large number of local Sikh and Hindus will also participate.

During their 10-day stay, the Indian pilgrims will also visit their other holy places including Gurudwara Janamesthan Nankana Sahib and Dera Sahib in Lahore.

They will leave for India on April 21.

He said there should be peace and more people-to-people contact between the two countries. He also urged both governments for provision of hassle-free visa.

Promoted
Listen to the latest songs, only on JioSaavn.com
ETPB Secretary Tariq Khan said fool-proof security arrangements have been made for the Sikh pilgrims.

"Rangers and elite force police personnel are deployed for the Sikh pilgrims' security, he said, adding that all other arrangements including accommodation, medical services, trained doctors, currency exchange and free food have been made.