Till February 23, Rs 1,507 crore were credited into bank accounts of 42 lakh farmers, the finance minister said. 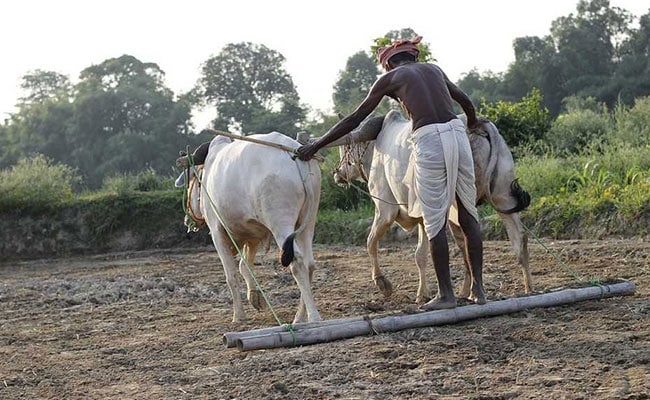 The minister said Rs 2,909 crore have been allocated for this purpose. (FILE PHOTO)

An aid of Rs 1,507 crore has been credited into bank accounts of 42 lakh drought-affected farmers, Maharashtra Finance Minister Sudhir Mungantiwar said on Wednesday. He said Rs 2,909 crore have been allocated for this purpose.

Presenting a vote-on-account in the Legislative Assembly, Mr Mungantiwar said 82,27,166 farmers in 151 tehsils with land holding of 85.76 lakh hectares have been affected by drought.

Financial aid for these farmers has been fixed at Rs 6,800 for dry land, Rs 13,500 for 'assured irrigated area' and Rs 18,000 per hectare for multi-year crop area, subject to a ceiling of two hectares.

Till February 23, Rs 1,507 crore were credited into bank accounts of 42 lakh farmers, the finance minister said.

Besides, Rs 2,000 crore have been sanctioned from the contingency fund for farmers, he said.

Other relief measures for drought-hit areas are exemption from land revenue, restructuring of loans taken from co-operative banks, stay to recovery of agricultural loans, exemption from examination fee, relaxation in criteria for grant of works under Employment Guarantee Scheme and drinking water supply by tankers wherever necessary, he said.

Electricity connection of agricultural pump-sets would not be severed in these areas (even if there is default on bill payment), he said.

Apart from 151 tehsils,the government has declared drought in 268 'revenue circles' and 5,449 individual villages where the agricultural production is expected to fall by more than 50 per cent.

The minister also said that Rs 3,366 crore have been distributed to farmers whose crops were damaged by the pink bollworm pest.