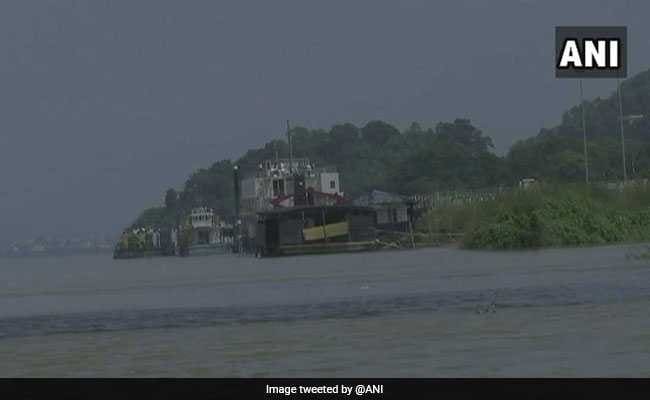 At least Assam six districts have been hit by floods as torrential rains in Arunachal Pradesh raised the water level of the Brahmaputra and its tributaries downstream on Saturday, affecting more than one lakh people, official sources said.

No death was reported during the fresh floods even as the previous two together claimed 50 lives which included 42 deaths in floods and eight in landslides, ASDMA said.

The floods have inundated 11,243 hectares of agricultural land with standing crops in four districts, affecting 12,428 people as the Brahmaputra is flowing above the danger level at Neamatighat in Jorhat and Tezpur in Sonitpur district, the report said.

The Lakhimpur district administration has sounded a flood alert as North Eastern Electric Power Corporation Ltd (NEEPCO) in Arunachal Pradesh released water from its hydel power dam into Ranganadi river in Assam due to the rising water level, sources said.

So far, 126 persons were evacuated in Lakhimpur, ASDMA said.

Nine relief camps have been set up in Dhemaji and Lakhimpur, the report said, adding that 585 persons were taking shelter there.

According to a Central Water Commission (CWC) report, rivers Dhansiri at Numaligarh in Golaghat; Jia Bharali at N T Road Crossing in Sonitpur; and Beki at Road Bridge in Barpeta were flowing above the danger level.

The sources said around 25 metres of railway track has been breached at Panitola Block Gaon in Dhemaji, affecting movement of railway traffic.

Roads, bamboo bridges and culverts were also damaged in the affected districts.