K Chandrashekar Rao, the Chief Minister of Telangana, has announced that the Telangana State Secretariat will be named after Babasaheb Ambedkar 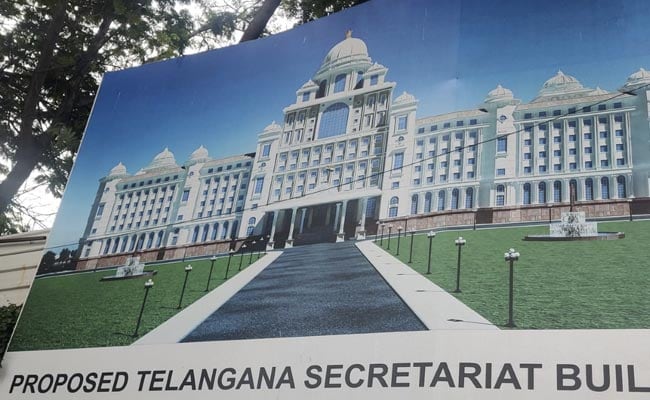 Telangana State Secretariat will be named after Babasaheb Ambedkar

K Chandrashekar Rao (KCR), the Chief Minister of Telangana, has decided to name the new State Secretariat, which is currently under construction, after Dr Bababsaheb Ambedkar. Dr Ambedkar was the head of the committee that drafted the Constitution of India. The Chief Minister said he had issued instructions to the Chief Secretary of Telangana to take action in this regard.

Mr Rao also said that he would write to Prime Minister Narendra Modi to consider the Telangana government's demand to name the new Parliament building after Dr Ambedkar.

KCR said: "It is a proud moment for the people of Telangana that the state's administrative headquarters, the State Secretariat, is being named after social philosopher and intellectual Dr BR Ambedkar. This decision is exemplary for India. The Telangana government is moving forward by adhering to the philosophy of Dr Ambedkar that all the people of India should get equal respect in all fields."

KCR further said: "The aspirations of Dr Ambedkar are embodied in Telangana emerging as a role model in the country in such a short time, in terms of self-governance by promoting all sections of the people in social, political, economic and cultural fields."

He said: "Because of the incorporation of Article 3 in the Constitution by Dr Ambedkar, Telangana has emerged as a state. Telangana is being governed with a human face for Scheduled Castes, Scheduled Tribes, OBCs, minorities, women, as well as the poor from upper castes by implementing Dr Ambedkar's spirit."

He said the real Indian is the one where all Indians are respected equally without any discrimination in terms of caste, creed, gender and region, ensuring equal opportunities for all. "Our efforts will continue for that."

Regarding the demand to name India's new Parliament building after Dr Ambedkar, KCR said: "Telangana assembly has already adopted a unanimous resolution in this regard as it is only a befitting honour for the architect of India's Constitution."