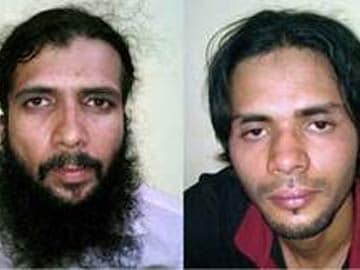 IM had hatched a high-level conspiracy to wage a war against India and carried out the blasts in Hyderabad to create terror in the minds of the people and to further the outfit's activities, according to NIA.

Eighteen persons were killed and 131 were injured in the deadly twin explosions at Dilsukhnagar in Hyderabad.

Investigation had produced evidence of all the financial help received by the accused from abroad through hawala route and other money transfer facilities, the charge sheet, filed before special NIA court here, says.

The conspirators had carried out a test explosion on a hillock near Abdullapurmet in Hyderabad prior to the blasts, it says.

Promoted
Listen to the latest songs, only on JioSaavn.com
Mohammed Ahmed Siddibapa alias Yasin Bhatkal and Asadullah Akhtar alias Haddi, who were arrested on the Indo-Nepal border last August, have been charged for murder and various other offences under the Indian Penal Code and Explosive Substances Act and Unlawful Activities (Prevention) Act.