The Greater Hyderabad Municipal Corporation had also issued a notice stating that the school building was in a dangerous condition and can collapse at any time. 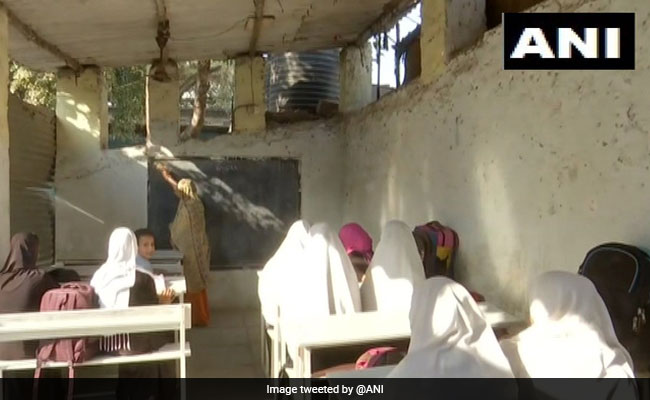 The wretched infrastructure of a government school in Hyderabad has forced students to study under tin sheds. The condition of the Urdu medium school weakened over the years making it dangerous for classes. The District Educational Officer then asked the incharge of the school to conduct classes in an open tin shed situated at the back of the school.

Mohammed Amjad Hussain, Senior Assistant and incharge of Humayun Nagar Government High School, told ANI, "In 2012, the condition of the school building worsened and then DEO Hyderabad ordered us to conduct classes for primary students in the morning and high school students in the afternoon under tin sheds as the school rooms were in a dangerous position."

He added that the Greater Hyderabad Municipal Corporation had also issued a notice stating that the school building was in a dangerous condition and can collapse at any time. The school was built in 1950.

The DEO has ordered to shift the students to other government school but the parents and teachers association demanded the government reconstruct the school in the same place as there is no Urdu medium school in the area.

If the government helps with the reconstruction, the strength of the school will increase, Mr Hussain said.

"It has become difficult for the teachers here to teach children in two shifts, if the school runs in general shift, we will have sufficient time for teaching the students," he concluded.