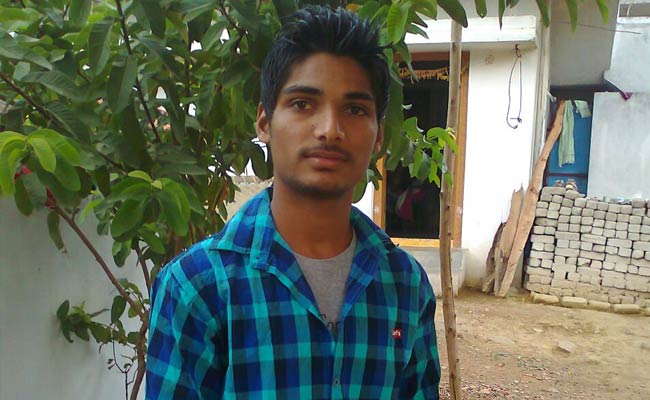 Sainath Vadlakonda's body was found on the railway tracks in Kazipet, Warangal district, this morning.

Hyderabad: A first year student of CMR Engineering college in Hyderabad was found dead this morning on the railway tracks in Kazipet, Warangal district. A note has reportedly been left by Sainath Vadlakonda, blaming ragging by seniors.

In the note he also makes an appeal to stop ragging, saying this situation would not have arisen if seniors had not subjected him to ragging.

Sainath was a resident of Ramakrsihnapuram in Adilabad district. His brother Raghu said he had not mentioned the harassment to him.

The Kazipet railway police have registered a case and the post-mortem of the body is being conducted at MGM Hospital in Warangal.

Medchal police in Hyderabad said they were investigating the case.

This is the third incident of ragging-related death reported in the last six weeks.College principal Ranga Reddy said they were shocked by the student's death. "We have not come across any case of ragging in our college," he added.

This is the third incident of ragging being reported in the last six weeks.

In July, 18-year-old Rishiteswari hanged herself in her hostel in Nagarjuna University in Guntur district of Andhra Pradesh.

She left behind a suicide note blaming harassment by seniors, who were arrested following weeks of unrest and protest on the college campus.

Rishiteswari's parents, who live in Warangal, have been trying to get justice for their daughter. "We want to ensure something like this does not happen to any other child,'' said her mother Durgeswari.

In August, hardly two weeks after Rishiteswari's death, another BTech student, Sunitha, jumped off her college building in Guntur district. Her death was also blamed on ragging. 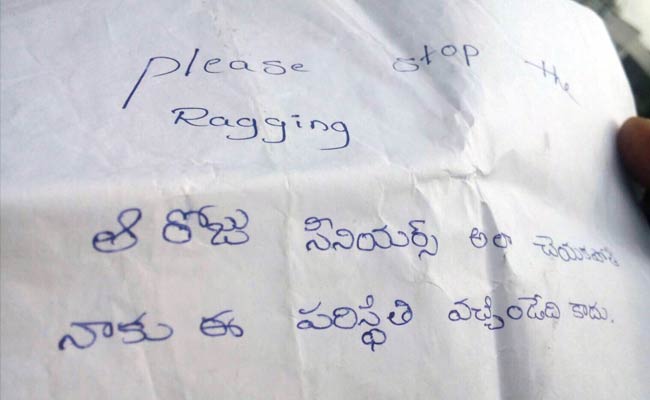