Around 45 Per Cent Voting In Hyderabad Civic Elections 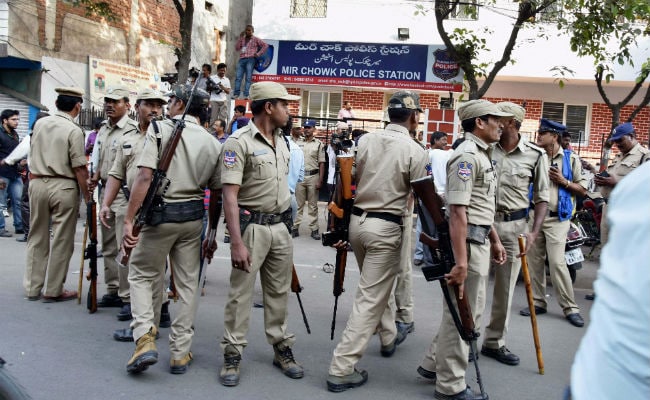 Citing preliminary information, GHMC Commissioner and election officer B Janardhan Reddy told reporters that about 45 per cent turnout of voters was reported till 6.30 PM.

The final figures may vary after compilation of the data.

Around 43 per cent polling was reported in the last GHMC elections in 2009.

Mild tension prevailed at Mir Chowk in the old city when activists of Majlis-e-Ittehadul Muslimeen (MIM) and Congress clashed towards the fag end of the polling process.

According to Srinivas Rao, Assistant Commissioner of Police (Mir Chowk), police had to resort to "mild" lathicharge to disperse the warring groups when both sides gathered at Mir Chowk police station.

MIM president Asaduddin Owaisi also reached there at the same time and tension mounted. MIM Lawmaker Pasha Quadri was also taken into custody when he and Gouse confronted each other. A vehicle belonging Reddy was damaged by miscreants.

"This is a conspiracy by both TRS and MIM. Somehow they want to win the elections. They have arrested our contesting candidate. After lot of pressure, the police released him," Reddy told reporters.

"We were attacked by Asaduddin Owaisi and his supporters. They broke my car. They manhandled the Leader of Opposition (Shabbir Ali)," Reddy claimed.

He further said he has filed a police case on this issue. Later in the evening Congress party held a dharna in front of Telangana Director General Police's office demanding punishment for those responsible for attack on its leaders.

Police took MIM lawmaker Ahmed Balala into custody in connection with the incident.

About 72 lakh voters were eligible to cast their vote in the GHMC area which covers about 24 assembly segments in Telangana.

The counting of votes would be taken up on February 5.