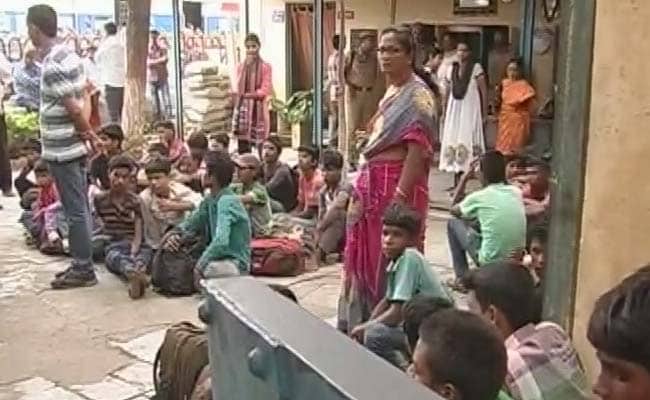 94 youngsters were rescued from a train by the Railways Police in Hyderabad today.

Hyderabad, Telangana: Despite a major crackdown by authorities on child labour, the supply of children from most vulnerable states continues in Hyderabad, 94 youngsters were rescued from a train by the Railways Police today.

According to the police officials, the children were travelling on the Falaknuma Express when they were intercepted by officials at Secunderabad station. Atleast 20 children are below 14 years, another 37 are between 14 and 18 years, while the rest claim to be between 18 and 20 years of age. Only a medical examination may conclusively prove their age.

Most of them seemed to have been trained to say that they are either travelling alone or have come here for sight-seeing or visiting a relative. Only a few admitted that they were being brought here to work.

One of them is Dilsar, who is not even 12 years old yet. Hailing from Bihar, he was sent to work in Delhi where his employer never paid him, instead used to beat him up. Subsequently someone told him he would take him to Hyderabad.

"That man said he would employ me in the bangle-making industry but he has run away leaving me here," said Dilsar.

Officials are concerned that Hyderabad is emerging as a major destination for the trafficking of children from the most vulnerable parts of the country. Chhattisgarh, Jharkhand, West Bengal, and Odisha are major states contributing to demand for child labour in Hyderabad.

Isidor Philips, Child Welfare Committee chairperson, says, "What is worrying is the modus operandi, where the children say they have come to a brother or an uncle. Even now, waiting outside are a huge number of brokers claiming to be relatives, wanting to take the children away. The thekkedaar (broker) has already paid the parent, so even they don't come forward to claim the child, '' he explains.

This is the second major case of interstate children trafficking busted by officials in five days. Earlier on Sunday, 88 youngsters being smuggled into Hyderabad were rescued.