This is the fourth incident in the last four months in and around Hyderabad where young women have been killed by the slashing of their throats. 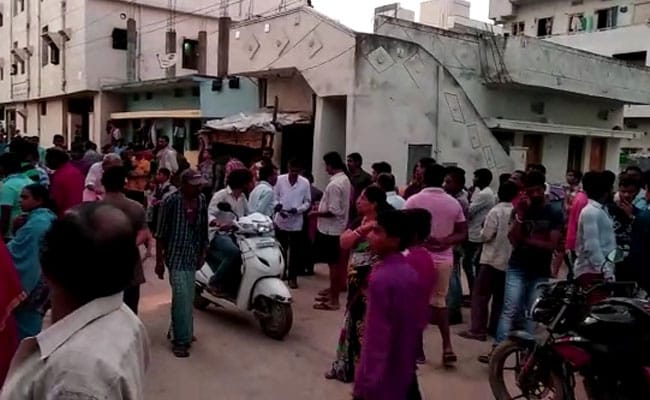 The 16-year-old student was reportedly alone at home when she was murdered.

A Class 10 student was killed allegedly by an engineering student on the outskirts of Hyderabad on Thursday for rejecting his advances. The man entered her home in Telangana's Sanga Reddy district and slashed her throat, police said.

The 16-year-old student, Nikita, was reportedly alone at home when Aravind, who is in his third year of engineering in Nanded town of Maharashtra, entered her home and began arguing with her. He was said to have been stalking the teenager for some time. He had reportedly come armed with a knife and slashed her throat.

The girl raised an alarm. It was too late by the time the neighbours came in. The girl was taken to a hospital in Kukatpally but died as she was bleeding heavily.

"He said the girl had been ignoring him but she spoke with other boys and that really angered him," investigating officer Satish Reddy said.

The 22-year-old engineering student was beaten up by locals before being handed over to the police.

This is the fourth incident in the last four months in and around Hyderabad where young women have been killed by the slashing of their throats. All the victims were killed for not reciprocating advances by men who stalked or harassed them.

In May, 19-year-old Venkatalakshmi was killed after her throat was slashed allegedly by a man inside a jewellery shop in Hyderabad Yousufguda. In the same month, 21-year-old Sirisha was found dead with her throat slit. Her 'friend' Sai is suspected to have killed her.

In June, another girl was killed when her throat was slashed in full public view, in broad daylight in Telangana's Karimnagar allegedly by a man she had reportedly known for the last three years.