World Population Day: How Many Children Can A Woman Safely Deliver?

On World Population Day today, lets discuss how many children can a woman safely have and should have? 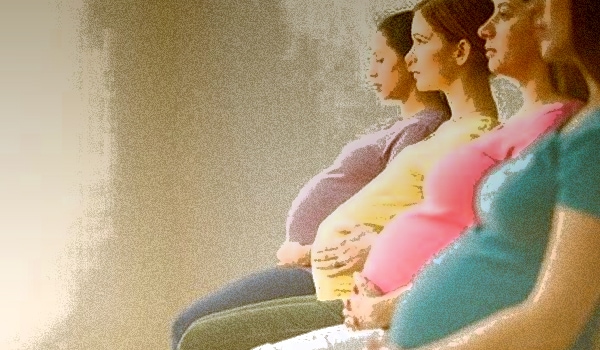 World Population Day 2017: A safe limit on the number of children a woman can have is 3

Some women in this world have become mothers to more than 50 children (!) in their lifetime with the record for most kids to a couple being taken by a mother of 67. The miraculous process of childbirth is as natural and pure as the soil under our feet and most pregnancies complete term without the need for any special technological or inorganic assistance. But that does not mean that this process doesn't harm the woman's body. Childbirth can be one of the toughest and most challenging phases in a woman's life that even if successful can leave behind marks. On World Population Day today, lets discuss how many children can a woman really have and should have?

The mother's body after childbirth

Let's understand it this way. Girls generally start menstruating at the age of 13 and this continues till she becomes 51, which gives her 38 possible years of reproductive action. However, counting that every delivery requires 9 months, a limit of about 40 pregnancies actually seems probable. But these are mathematically possible pregnancies not safe ones. For one, this means that the woman is getting no time to recover and make up for the loss of iron and folic acid after childbirth.

What goes missing in this calculation is the trauma you will subject your body to, every time you go through childbirth. Multiple pregnancies can be life-threatening and with every pregnancy, the mother's risk of dying increases.

Every pregnancy after the first raises chances of premature birth, which can mean that the child's organs are not completely formed, leading to physical disabilities. According to doctors, just after 5 vaginal deliveries or even 3 c-sections, the woman's body does become weak. The risk of uterine rupture and bladder injuries is high and so is the chance of abnormal placentation and ectopic pregnancy. Both these complications refer to fatal conditions, one where is placenta is too deep inside the uterine wall and the other where the zygote is not correctly implanted in the uterus.

Not just this, researchers at the Columbia University say that when a woman has given birth more than 5 times, there is greatest chance of a hemorrhage. This is a condition where due to multiple births, the woman's womb has become inelastic and its muscles weak and they are unable to contract after the placenta is cut, leading to excessive bleeding.

What is the safe limit?

Another study at the University of Texas Southwestern Medical Centre has shown that just after the third childbirth, a woman's arteries thicken and the blood pumping increases by more than 50%, doubling the risk of a heart attack. So a safe limit on the number of children is at 3 and traversing beyond this mark can mean serious complications for the mother and the family.

The WHO reports that pregnancy and childbirth are among the biggest causes of death for women in developing countries like India. And with the Indian population soon to reach a 1.7 billion mark by 2050, it's not just the massive strain on the mother but also on the national resources and the state's ability to provide a cause of concern.

Here Are Basic Skincare Products You Must Use Daily & Why