The study examined if nifedipine and amlodipine, dihydropyridines widely used for high blood pressure and angina, are linked with out-of-hospital cardiac arrest. 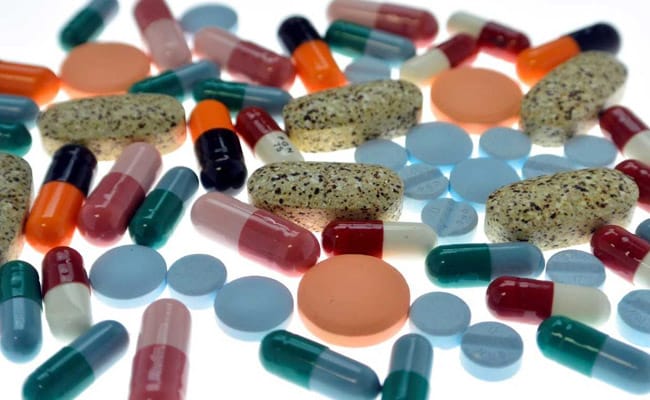 The results were supported by a study in human cardiac cells

A study conducted recently has observed that the common drug used for treating high blood pressure and angina (chest pain) is associated with an increased risk of out-of-hospital sudden cardiac arrest.

Sudden cardiac arrest causes around half of the cardiac deaths in Europe and one in five natural deaths. The heart stops pumping after a cardiac arrhythmia (ventricular fibrillation/ tachycardia ); this can prove to be lethal in minutes if untreated. The results from the European Sudden Cardiac Arrest network (ESCAPE-NET) were presented today at EHRA 2019. It was set up to find the causes of arrhythmias so that it can be prevented. ESCAPE-NET is backed by the European Heart Rhythm Association (EHRA) of the European Society of Cardiology (ESC) and the European Resuscitation Council (ERC).

Dr Hanno Tan, ESCAPE-NET project leader and cardiologist, Academic Medical Centre, Amsterdam, Netherlands, urged caution when interpreting these results. He said, "The findings need to be replicated in other studies before action could be taken by doctors or patients."

The study examined if nifedipine and amlodipine, dihydropyridines widely used for high blood pressure and angina, are linked with out-of-hospital cardiac arrest. The nifedipine doses most often used and studied in this investigation are 30 mg and 60 mg (90 mg is available but infrequently used) and the amlodipine doses are 5 mg and 10 mg. Standard practice is to start with a lower dose, then give a higher dose if blood pressure or chest pain are not sufficiently reduced.

The analysis was done using data from the Dutch Amsterdam Resuscitation Studies registry (ARREST, 2005-2011) and confirmed in the Danish Cardiac Arrest Registry (DANCAR , 2001-2014), both part of ESCAPE-NET. Patients with out-of-hospital cardiac arrest due to ventricular fibrillation/tachycardia were enrolled, plus up to five controls per patient matched for age and sex. Controls were from the Dutch PHARMO Database Network and the general population in Denmark. In total, the study included 2,503 patients and 10,543 controls in the ARREST analysis and 8,101 patients and 40,505 controls in the DANCAR analysis.

The results were supported by a study in human cardiac cells. Dihydropyridines act by blocking L-type calcium channels. The laboratory study showed that at the dosages studied in this investigation; both drugs blocked these ion channels, thereby shortening the action potential of the cardiac cell. A shorter action potential can facilitate the occurrence of the fatal arrhythmias that cause sudden cardiac arrest. High-dose nifedipine (60 mg) caused more shortening of the action potential than high-dose amlodipine (10 mg).

"Nifedipine and amlodipine are often used by many cardiologists and other physicians, and the choice often depends on the prescriber's preference and personal experience," said Dr Tan. "Both drugs are generally considered to be equally effective and safe and neither has been associated with sudden cardiac arrest. This study suggests that high-dose nifedipine may increase the risk of sudden cardiac arrest due to fatal cardiac arrhythmia while amlodipine does not. If these findings are confirmed in other studies, they may have to be taken into account when the use of either drug is considered."

These findings may be surprising given that both drugs have been in use for many years and in many patients. A possible explanation of why this discovery has only been made now is that out-of-hospital cardiac arrest is very difficult to study due to its rapid course, and requires dedicated data sets collected specifically for this purpose. Until now, there were insufficient patient records to test the impact of medications. ESCAPE-NET has made this possible by linking large cohorts across Europe, including ARREST and DANCAR.

Giloy: Here's Why You Need This Ayurvedic Herb