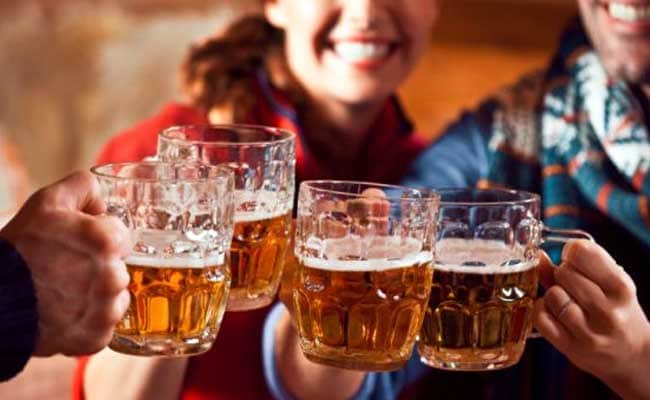 London: Researchers have identified a compound that can reduce the craving for alcohol in alcohol dependent people, a finding that may lead to a drug to treat alcoholism.

In two separate studies, researchers from Karolinska Institutet and the Sahlgrenska Academy in Sweden showed that the so-called dopamine stabiliser OSU6162 can reduce the craving for alcohol in alcohol dependent people and normalise the level of dopamine in the brain reward system of rats that have consumed alcohol over a long period of time.

"The results of our studies are promising, but there is still a long way to go before we have a marketable drug," said Pia Steensland, Associate Professor at the Department of Clinical Neuroscience of Karolinska Institutet, and co-author of both studies.

In the clinical study, published in the journal European Neuropsychopharmacology, the scientists examined for the first time if OSU6162 can reduce the craving for alcohol in people with alcohol dependence.

Half the participants were treated with OSU6162 and half with placebo for a fortnight, after which both groups were exposed to different situations that could be assumed to elicit a craving for alcohol.

The results showed that the experimental group experienced less of a craving for alcohol after drinking one glass of an alcoholic beverage.

"At the same time, the OSU6162 group reported not enjoying the first sip of alcohol as much as the placebo group," said Steensland.

"One interesting secondary finding was that those with the poorest impulse control, that is those thought to be most at risk of relapse after a period of abstinence, were those who responded best to the OSU6162 treatment," said Steensland.

A study of rats published in the journal Addiction Biology adds to the understanding of how OSU6162 works, as it shows that rats that voluntarily consumed alcohol for almost a year had lower levels of dopamine in their brain reward system than rats that had never drunk alcohol.

However, when the "alcohol rats" were treated with OSU6162 it was found that the substance counteracted the low concentrations of dopamine in the brain reward system.

"We therefore think that OSU6162 can reduce the alcohol craving in dependent people by returning the downregulated levels of dopamine in their brain reward system to normal," said Steensland.