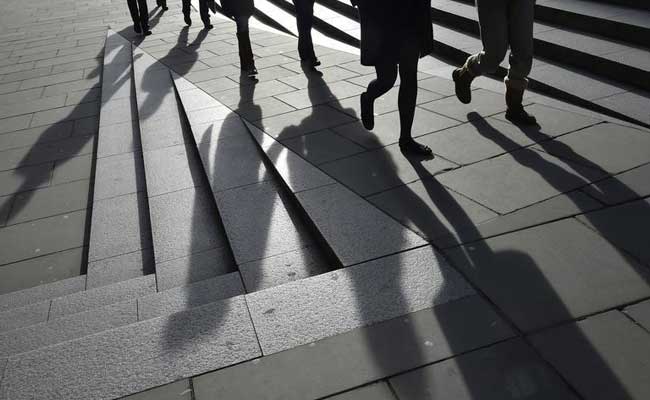 Job satisfaction in your late 20s and 30s appears to be linked to your health in your 40s. (Reuters)

Your first job can be a grind. Many of us start out in gigs that we never thought we'd have to take, maybe because the job market is just too tough, and we need to make ends meet so we don't need to live in our parents' basements anymore. For those of us who are lucky, the situation is temporary and a stepping stone to something we love, but for others it can be the start of many years of a career that we hate.

At least you have your health, right? Actually, it looks like the consequences of your unhappiness with your work may impact your physical and mental well-being - and perhaps sooner than you might think.

An analysis by Ohio State University's Jonathan Dirlam and Hui Zheng, presented this week at the American Sociological Association's annual meeting, shows that job satisfaction in your late 20s and 30s appears to be linked to your health in your 40s.

The researchers' data comes from 6,432 Americans who participated in the National Longitudinal Survey of Youth in 1979. Through the years the volunteers ranked how much they enjoyed their jobs on a spectrum from 1 - dislike very much - to 4 - like very much. They also reported back various health indicators.

Dirlam and Zheng found a striking link between people who were less satisfied with their jobs in their 20s and 30s and those who had health issues in their 40s. That may seem intuitive given that people tend to spend eight or more hours a day at work, and dissatisfaction at work can create a lot of stress. As has been well documented, stress can have physical manifestations.

Among the specific health effects that the researchers noted among the less-than-happy group is that they were more depressed, worried and had trouble sleeping.

Dirlam, a doctoral student in sociology, explained that there appears to be a "cumulative effect of job satisfaction on health that appears as early as your 40s."