The sugar that would be wise to limit is added sugar, found in regular soda and many highly processed foods. 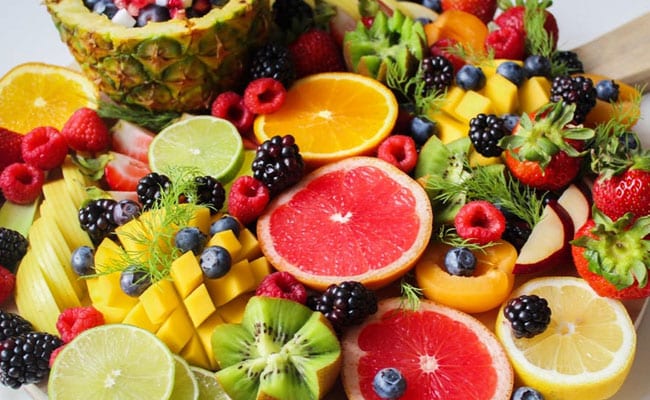 Ditching fruit may mean missing out on some key nutrients.

In recent months, my dietitian colleagues and I have been encountering more and more people making claims like "fruit is bad for you" or "fruit is toxic." "What is going ON?" one of them posted on a dietitian internet mailing list. What's going on is that the current crop of fad diets, such as paleo, keto, carnivore and pegan - have persuaded a lot of people that fruit is a dietary no-no.

There was a time when we didn't question whether fruit was good for us, when we more or less took "eat your fruits and veggies" to heart. Today, many people are worried that fruit is too high in carbs, sugar and calories. One of my patients wouldn't eat any fruit other than blueberries because she had bought into the myth - again, promoted by fad diets - that blueberries are the only "safe" fruit to eat because they are "low glycemic" (in other words, they don't cause your blood sugar to spike). Here's the kicker: She didn't even like blueberries.

Berries are the only fruit allowed on the pegan diet, the subtext being that other fruit is a ticket to high blood sugar; but this is a fairly liberal stance compared to other fad diets du jour. For example, many followers of the keto diet and the trending carnivore diet (a.k.a. the "zero carb" diet), call fruit toxic because of its sugar. Now, that's what I consider disordered eating.

It's true that whole fruit contains sugar, but it is natural sugar. The sugar we would be wise to limit is added sugar, found in regular soda and many highly processed foods. When you eat an apple, a pear, a peach or some berries, their sugar comes wrapped in a fiber-, water- and nutrient-rich package. Fiber slows the release of fruit's natural sugar into your bloodstream, preventing a sugar spike, especially if you eat your fruit as part of a meal or snack that contains protein and healthy fats.

Ditching fruit may mean missing out on some key nutrients. Many fruits are rich in not just vitamins and minerals but also phytochemicals, natural plant-based compounds that appear to have a variety of health benefits, including helping to prevent cancer and promote cardiovascular health. Pigment-rich berries and cherries are especially good sources of phytochemicals, but apples, oranges and other fruits contain phytochemicals, too.

Some of my older patients have adopted the blueberries-only rule because of preliminary research on the MIND diet - a hybrid of the Mediterranean diet and the DASH diet. This research found an association between eating blueberries and a lower risk of Alzheimer's disease - likely because blueberries are rich in a type of phytochemical called anthocyanins. Other fruit was found to be "neutral," meaning it appeared to neither increase nor decrease risk of Alzheimer's - but somehow, the information has been twisted to make patients think they should avoid all fruit except berries.

This is unfortunate, because even if ongoing clinical research confirms that non-berry fruit doesn't help prevent Alzheimer's, such fruit may still help prevent other chronic diseases we would all like to avoid. A study published in the March issue of the Journal of the Academy of Nutrition and Dietetics, for example, found that moderate fruit intake was associated with a lower risk of heart disease, stroke, Type 2 diabetes, several cancers and other chronic health conditions.

What about juice? Juice has been vilified (likened to soda but with more nutrients) or glorified (consumed freely because of those nutrients). While drinking juice every time we're thirsty isn't a good idea, 100 percent fruit juice in moderation - an 8-ounce glass per day - adds nutritional value to the diet without adding excessive sugar. Orange juice, in particular, does not appear to affect blood sugar, possibly because of the soluble fiber and pectin that makes it into the glass, as well as the phytochemical hesperidin.

Fears about pesticide residues on fruit also have made some people wary about eating non-organic fruit, even though organic agriculture does use approved pesticides, and traces of non-approved pesticides are regularly found on organic produce. Fears about pesticides tend to get stirred up each year when the Environmental Working Group releases its "Dirty Dozen" list of "most contaminated" fruits and vegetables. But the EWG's methods have come under fire, and it's important to remember that even if a specific type of produce has "more" pesticide residue than another type, that residue could be well within levels determined to be safe.

Frankly, fruit doesn't deserve the bad reputation it's developing; it is the healthiest sweet around. We naturally like the taste of it, because we are born with an affinity for sweetness. So, how much fruit should you eat? That depends on your age, gender and level of physical activity. Two cups per day is the U.S. Dietary Guidelines recommendation for men and younger women; the recommendation drops to 1 1/2 cups for women older than 30. If you get more than 30 minutes per day of moderate-intensity exercise, you may choose to include more.

The bottom line is that fruit - especially when in season - adds pleasure, nutrition and variety to our meals. So go beyond plopping some berries in your cereal or yogurt: Have an orange with your scrambled eggs, an apple with your almonds, a juicy peach for dessert. You'll be happier - and healthier.