One man was brought dead to a local hospital, another was in intensive care with severe burns. Two are out of danger. 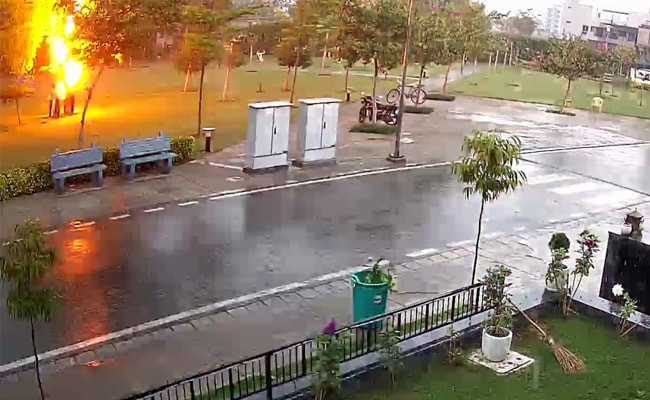 A man died and three were injured on Friday in Gurgaon after lightning struck a tree under which they had been standing to avoid getting drenched in the rain. The horrific incident was caught on a security camera.

The incident took place on Friday evening at Signature Villas apartment complex in Gurgaon's Sector 82. The four men were part of the horticulture staff at the residential society.

CCTV footage shows the men standing under the tree to escape the drizzle. Suddenly, lightning strikes the tree. Within split seconds, three people collapse. The fourth man, who is leaning against the tree, falls on the ground a second later, the clip shows.

One man was brought dead to a local hospital, another was in intensive care with severe burns. Two are out of danger.

"It has been raining in new Gurgaon, near Manesar, since morning. The rain is accompanied by brisk winds and lightning," said Gaurav Yadav, resident of a residential society in Gurgaon's Sector 81.