Yamunanagar: As its flagship Millenium City Gurgaon struggles to stay afloat in the monsoons, the Haryana government, instead of focusing on creating better urban drainage systems, is focusing on a project to revive the mythical Saraswati river.

Efforts to revive the river are on at Yamunanagar district's Mughalwali village, where a well stands. For the faithful, its water comes from Saraswati. The source is at Adi Badri, 10 km away, in the foothills of the Shivaliks, which is being promoted as a pilgrimage site.

The mighty Saraswati, mentioned in the Rig Veda, is believed to have dried up 5,000 years ago. While historians and archaeologists have forever debated its existence, Haryana's RSS leader Darshan Lal Jain has led the campaign to bring it to life.

Some scholars identify Saraswati with Haryana's Ghaggar-Hakra river, along which the Harappan civilization is likely to have started. Others say the Harahvaiti in the Rigveda, written around 1,500 BC, corresponds to the Helmand river in Afghanistan. 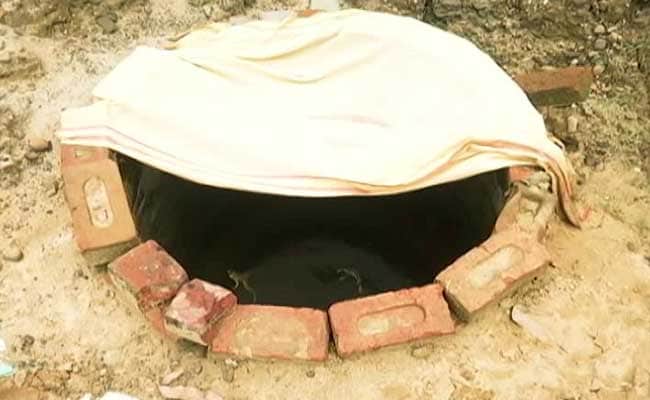 Efforts to revive the river are on at Haryana's Yamunanagar district, where a well stands.

The plan to revive Saraswati was announced just after the Manohar Lal Khattar government came to power in Haryana. It allocated a Rs 50-crore fund and local employment under the Mahatma Gandhi Rural Employment Guarantee Scheme to dig trenches to fill with ground water. It is also building canals that will bring in water from the Yamuna on one side, and eventually from the Som river on the other.

Mr Jain argues that not only do the paleochannels (dry ancient riverbeds filled with debris) in Haryana represent Saraswati, the "water" is flowing into Pakistan, "and India isn't getting to use it".

The project's supporters say it is about more than providing water for a parched state - it is steeped in the search for culture and heritage. Appropriately, it is not the water ministry, but the culture ministry that's in charge of it.

As questions arise over whether the state government is using a Vedic legend for political and ideological gains, water experts argue against reviving a lost river. 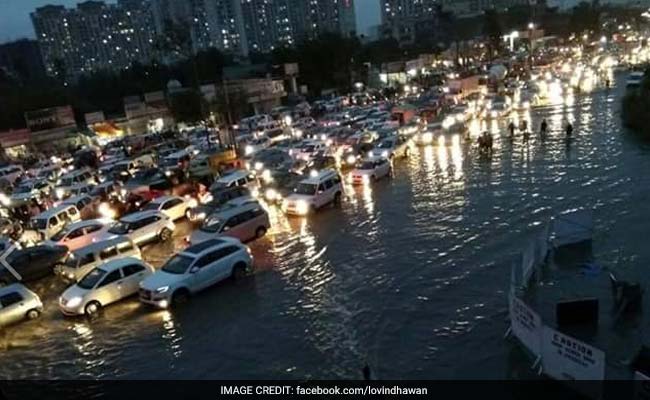 "Look at the 6-hour traffic jams," said Himanshu Thakkar of the Society for Dams, Rivers and People or SANDRP. "We need to actually put our attention to saving our existing rivers instead of trying to rejuvenate one that has dried up some 5000 years ago."

Mr Thakkar said there's little information in the public domain regarding the project which is why architect PP Kapoor filed an RTI petition, asking about the evidence and the use of public funds.

In the reply, geologist AR Chaudhari of Kurukshetra University, has spoken for the project, saying, "this is a matter of research and its completion will take its own time".

While clear answers will be invaluable to the study of history, the reply seems to indicate that research so far is inconclusive. A desire for knowledge should ensure that any effort to revive a river named for the Goddess of learning will pass her test.