The All India Congress Committee Wednesday appointed Mr Kamat as leader of the opposition last week. 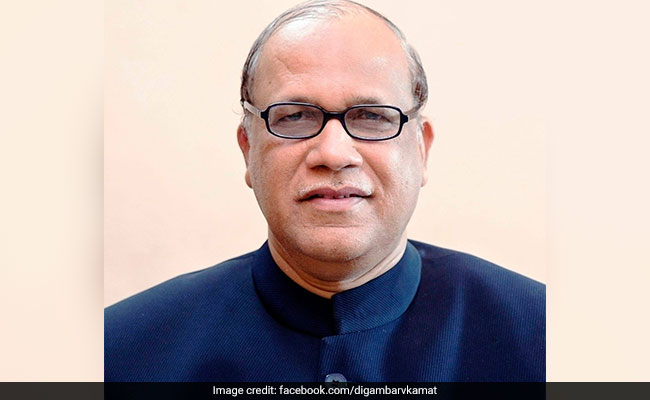 Digambar Kamat earlier served as the chief minister of Goa from 2007 to 2012.

Newly-appointed Leader of the Opposition (LoP) in Goa Assembly Mr Digambar Kamat on Thursday said he will take along all opposition MLAs to form a united strategy while raising issues in the House.

The All India Congress Committee Wednesday appointed Mr Kamat as leader of the opposition after the party suffered a setback last week when its 10 MLAs, including the then LoP Chandrakant Kavlekar, joined the ruling BJP in the state.

The Congress' strength has now been reduced to just five MLAs in the 40-member House.

Talking to reporters outside the Assembly complex on Thursday, Mr Kamat said, "The Congress, being the largest group in the opposition, would have to take along all others in the opposition to form strategies while raising various issues in the House."

Three out of the 10 Congress MLAs who joined the BJP were inducted into the state cabinet by Chief Minister Pramod Sawant last week.

The Goa Forward Party (GFP), which was earlier an ally of the BJP, withdrew its support to the state government after its three ministers were dropped from the cabinet last week.

The Vijai Sardesai-led party subsequently joined the opposition benches in the House.

After the last week's political developments, the BJP's strength in the House has gone up to 27.