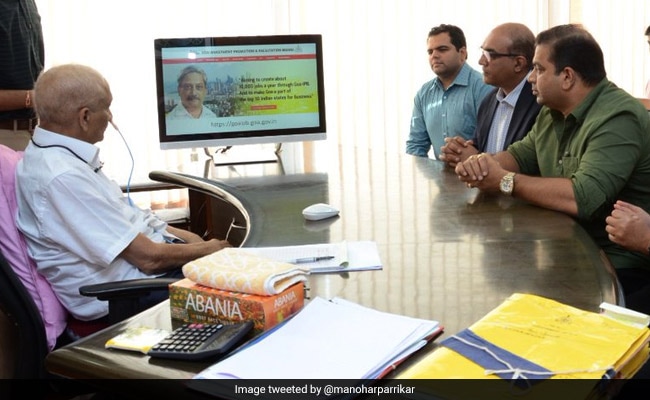 "His mind is sharp, but physically he looks unwell. It is not nice to see him like this. He needs rest and he should take rest," Mr Kavlekar said, after attending a meeting of the State Legislative Assembly's Business Advisory Committee on Monday, where the chief minister was also present.

The Congress has repeatedly demanded Mr Parrikar's resignation, claiming that the former defence minister's prolonged illness and inability to attend office, as well as meet members of the public, was taking a toll on administration and governance.

The party had also pointed out that the chief minister had never once met opposition MLAs since February last year, despite requests for formal appointments.

It was only on Monday that the opposition leader formally met the chief minister after a gap of several months.

Mr Kavlekar also said that the opposition party had cooperated with the government over the issue of the chief minister's ill-health by agreeing to curtail the last budget session from 22 days to four days.

"We had supported the government because of Manohar Parrikar's health in the past. But now he should rest and let someone else administer the state because it is taking a toll on him," Mr Kavlekar said.