"If Mining Does Not Resume In Goa...": BJP Ally Warns Of "Extreme Steps"

Around 3,000 mining-dependent people sat on a token, day-long hunger strike at the Azad Maidan here over their demand for resumption of the industry in the state. 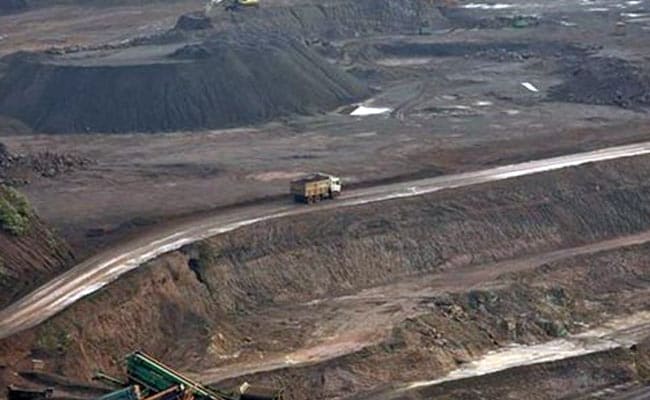 The Supreme Court had in February quashed the second renewal of 88 mining leases. (File)

The Goa Forward Party (GFP), an ally of the BJP in Goa, yesterday said it could take "extreme steps" and even think of walking out of the government if mining did not resume in the state soon.

The Shiv Sena also backed the mining-dependent people, saying it would support any amendment to the existing mining laws that could help revive the crisis-hit industry in the coastal state.

Around 3,000 mining-dependent people sat on a token, day-long hunger strike at the Azad Maidan here over their demand for resumption of the industry in the state.

GFP and Shiv Sena leaders came out in support of the protesters.

Puti Gaonkar, the president of the Goa Mining People's Front, an umbrella organisation of the people dependent on the mining industry, demanded that the Centre amend the existing laws to give a new lease of life to the industry.

The Supreme Court had in February quashed the second renewal of 88 mining leases, following which the state's key revenue-generating industry came to a halt.

Addressing the protesters, GFP vice-president Santosh Kumar Sawant said the Centre could amend the existing mining laws to allow resumption of the iron ore extraction activity in the state.

"Though we are part of the state government, on behalf of the party, I assure you all that we will be forced to take extreme steps if mining does not resume before the Lok Sabha polls (due next year)," he said.

The GFP, which has three MLAs in the Goa Assembly, is an alliance partner in the Bharatiya Janata Party-led state government.

Mr Sawant said, "All the three GFP MLAs would be the first ones to walk out of the government, if the time comes, in support of the thousands of people dependent on the mining industry."

Senior Shiv Sena leader and Rajya Sabha MP Sanjay Raut asked the protesters to put pressure on the Centre to act in favour of the mining-dependent people.

"We have not come here to get your votes. We are here because thousands of families are suffering due to the ban on the mining industry. The need of the hour is not to sit on a hunger strike, but to strike and call for a Goa bandh," he said.

Mr Raut added that all the Sena MPs would support any amendment to the mining laws that could help revive the industry in the state.

Goa Suraksha Manch leader Subhash Velingkar alleged that mining was earlier stopped in the state in 2012 by Chief Minister Manohar Parrikar to settle the score with certain mine owners.

"Since then, the mining industry has been in doldrums. The so-called efforts made by BJP leaders to speak to the prime minister and other leaders to get the industry back on track are just an eyewash," the former Goa Rashtriya Swayamsevak Sangh (RSS) chief said.

He added that it was time to send across a clear signal to the BJP that people would not tolerate any "gimmick" over the issue.

The mining industry had faced closure in 2012 too, following the Supreme Court's directives.

The apex court had then taken cognisance of the M B Shah commission report, which had claimed that illegal mining worth Rs 35,000 crore had taken place in the state between 2005 and 2012.

The industry remained shut for around 19 months from October 2012 to April 2014, when the apex court finally allowed the miners to operate while imposing several riders.