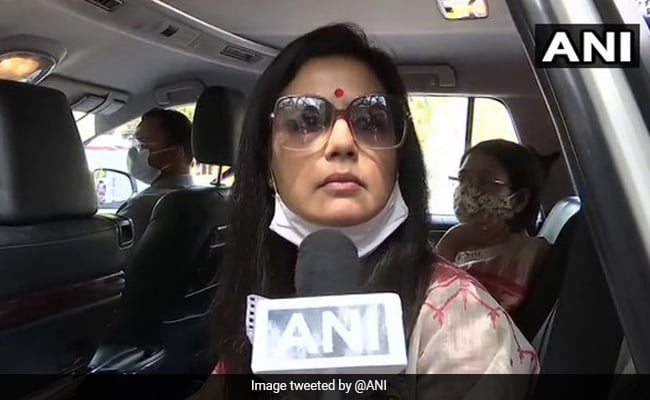 The Goa Forward Party had supported the BJP in the last state assembly elections. (File photo)

On the last day of nominations for the assembly elections in Goa, the Trinamool Congress and the Goa Forward Party slammed each other, both accusing the other of helping the BJP. Earlier, the two parties were in talks for an alliance but it fell through and the Trinamool fielded its most prominent leader in Goa, former state Chief Minister Luizinho Faleiro, against Vijai Sardesai of the Goa Forward Party. Mr Falerio withdrew his candidature today but that did not stop Trinamool MP Mohua Moitra from attacking Mr Sardesai for helping the BJP gain power in 2017 and also supporting it earlier.

While Ms Moitra attacked Mr Sardesai for joining the BJP and "enjoying the benefits" for five years, the latter accused the Trinamool of dividing the opposition vote in the Fatorda seat by first nominating Mr Faleiro "without his knowledge or consent" and then nominating his relative after his withdrawal. Mr Faleiro is now Trinamool's Rajya Sabha MP from West Bengal.

Mr Sardesai was key to the BJP coming to power in the state during the 2017 assembly election, where no single party had the required 21 seats to form the government. The Congress had 17 while the BJP had 13. Mr Sardesai, along with two of his party colleagues, supported the BJP even when his party had opposed the BJP during the campaign.

"Who is the secular vote here? Mr Sardesai was elected from here and went to join the BJP. People have seen it once. Can you fool the same people twice? If this was a secular vote, after being elected he should have said I will resign, I will face the people of Fatorda and win on a non-BJP alliance myself. Did he have the guts to do that? He got elected on a ticket, went and joined the BJP and for five years enjoyed the benefits of being with the BJP and he is coming and giving us all this garbage about being the secular vote?" she said while speaking to reporters today.

Rubbishing allegations of dividing the opposition vote on the seat, she said that the people of Fatorda "had no option to place their secular vote" and that is why they have named a candidate.

Mr Faleiro has asked the people of the constituency to "bless the Trinamool candidate" and see through the "gameplan" of the other parties.

"I appeal to the people of Fatorda to see the gameplan of the Congress, BJP and Goa Forward Party. I am appealing and requesting them to vote and bless our TMC candidate," he told reporters.

Trinamool's new candidate from Fatorda is a young lawyer, Seoula Avilia Vas. She filed her nomination today in the presence of supporters and family members.

Vijai Sardesai hit back at the Trinamool by accusing it of helping the BJP to divide opposition votes. "The Faleiro episode has exposed the TMC's hand in Goa completely. First his nomination. He is a Rajya Sabha MP from Bengal, nominated for a seat in Goa against one of the most vocal opposition leaders. This was done without his consent and without his knowledge, by Bengali politicians sitting in Bengal. Then his silence and complete disappearance for three days expose the contempt with which the TMC treats a senior Goan politician. It took them three days to pacify him. But he stood his ground. He refused to toe the TMC line. Why? Because it would only end up splitting the non-BJP vote to benefit the BJP," he said.

Mr Sardesai said that this has "exposed the public posture" of the TMC of being anti-BJP and accused Mr Faleiro of using his young relative as "a sacrificial lamb".

"Just a few hours before the nomination ends, he gives the excuse that they want to create a Goan Mohua Moitra. Actually, that is absurd because she was never their first choice. She is only their last choice at the 11th hour.  So, his excuse is also absurd, and this entire episode has exposed the TMC. Playing into the hands of the BJP, it has come here with an agenda. The agenda is to use Goa 2022 for India 2024," he added.

Mr Sardesai further claimed that this is not "in the interest of Goa" and Goans. He said that the Trinamool is a regional party from Bengal which has "come here to finish Goa and to help the BJP to come to power".