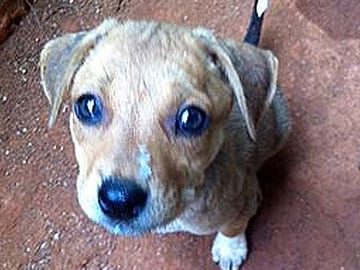 Panaji: Goa Police and the forest department on Monday said they will launch a joint probe after a dog 'exploded' after eating a crude bomb often used by poachers to hunt wild game.

Police said forest officials would be taken into confidence to track down poachers and look for more such crude bombs, made of detonators, TNT and covered with grass or flavoured with rotting meat, depending on the wild animal the poachers are after.

"The dog died Sunday evening, when he tried to chew a bomb thrown in the area possibly by a poacher," said a police officer from the Bicholim police station.

The incident that occurred Sunday night at Bicholim, 35 km from Panaji, triggered minor panic due to the presence of bomb squad officials in the forest area.

The dog chewed one bomb, which exploded in its mouth killing it instantly, but the squad disabled another bomb found nearby.

Promoted
Listen to the latest songs, only on JioSaavn.com
A search is on to track down more bombs in the area and neutralise them.

Deputy Superintendent of Police Gajanand Prabhudessai said this particular bomb was tailor-made to poach wild boars, the meat of which is popular in Goa.
Comments
Goa Policedogcrude bombexplodedpoacherswild gamewild boar