Cyclone Tauktae: Power supply in majority areas of Goa was disrupted as several electric poles got uprooted due to the high speed winds. 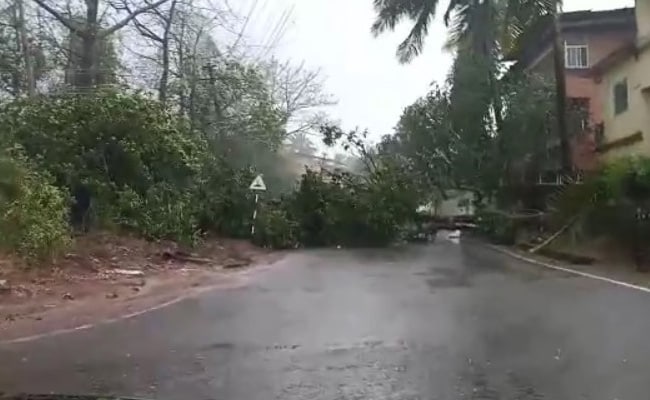 Cyclone Tauktae: No casualty was reported so far in Goa.

No casualty was reported so far, they said.

"Hundreds of electric poles are broken and scores of power conductors have snapped. Many high tension 33 KV feeders are down due to the falling of trees. Even the 220 KV lines bringing power to Goa from neighbouring Maharashtra have been damaged," he said.

The electricity department deployed its full force for the restoration work, but it was getting hampered due to the strong winds, he said.

The state Fire and Emergency Services control room was flooded with hundreds of calls from locals about falling of trees and blocked roads, its director Ashok Menon said.

"Our force has been working since last night to clear the roads and remove trees which have fallen on the power lines," Mr Menon said.

No casualty was reported so far, he added.

At the Cacra village in Bambolim near state capital Panaji, fishermen were seen rushing back from the sea with their canoes as gusty winds hit the coast.

Local fisherman Sanjay Pereira claimed this was the worst cyclone since 1994.

"The water level in the sea has increased and it is expected to rise further by afternoon. All the fishermen are on alert to ensure their canoes are not pulled into the waters by strong currents," he said.