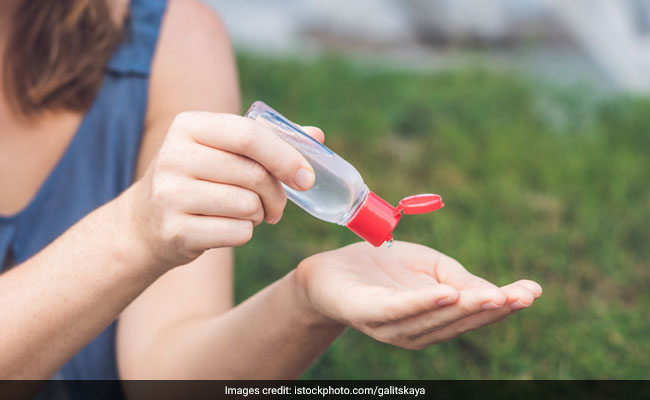 A criminal case has been registered against the four workers. (Rrepresentational)

Amid a spurt in demand for sanitiser following the coronavirus outbreak, the Ghaziabad police has busted a fake germicide-producing unit and arrested four of its workers, police said on Monday.

Factory owner Virendra Kumar and landlord Ranpal Singh of the premises at Mansarover Park colony of Bamheta village, where the factory ran on rent, are on the run, he said.

Mr Naithani said the team seized 90 litres of spurious sanitiser, 600 litres of alcohol, 20 litters of glycerin and 35,000 printed labels, besides empty plastic bottles and sanitiser manufacturing machines from the premises.

The four arrested workers have been identified as Atul, Vikas, Vivek and Sunil, he said, adding a criminal case has been registered in this regard under various sections of the Indian Penal Code.

Desperate To Marry, Groom, 6 Others Arrested In Ghaziabad Amid Lockdown