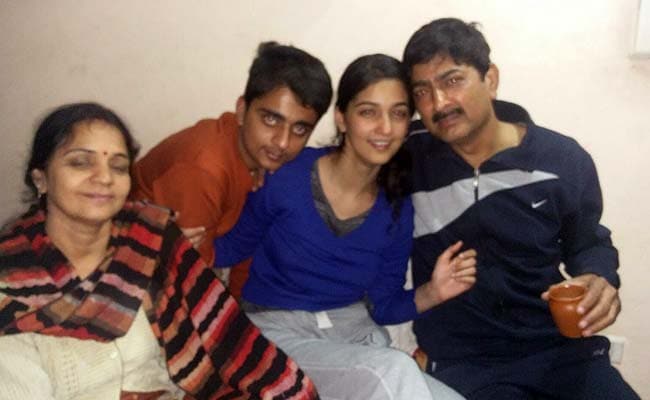 Snapdeal employee Dipti Sarna, 24, went missing near Delhi on her way home from work on Wednesday

Ghaziabad: Five men have been arrested for allegedly kidnapping Snapdeal employee Dipti Sarna last week. The police say among them is a man who had escaped from jail in Haryana and is a "psychopath".

All five are from Haryana, the police say, and the man who plotted the kidnapping was identified as Devendra, who had escaped from jail in Kurukshetra. According to the police, Devendra had stalked Dipti for some time and had made a plan inspired by the film "Darr",  in which actor Shah Rukh Khan played a crazed stalker.

Dipti, 24, went missing near Delhi on her way home from work and after she took an auto-rickshaw.

After leaving the Snapdeal office in Gurgaon, Dipti took the metro to Ghaziabad and then got into an auto. The auto driver was allegedly among the kidnappers.

Two days later on Friday, Dipti called her father Narendra Sarna using a borrowed phone and told him that she was safe and on a train to Delhi. She was in a dazed and exhausted state but unharmed, the police said.

She told the police that she was kidnapped by four people at knife-point. She also said the kidnappers gave her food and took care of her. There was also no ransom demand.

The police said they were baffled why the kidnappers allowed her to go and that too with a return fare of Rs. 100.

Dipti's mobile phone, laptop, purse and some other personal articles were allegedly taken by the kidnappers.