Osteoporosis literally means porous bones. It is a disease wherein the density and quality of bones are reduced. As the bones become more fragile and porous, the risk of fracture increases. The loss of bone occurs progressively and yet silently 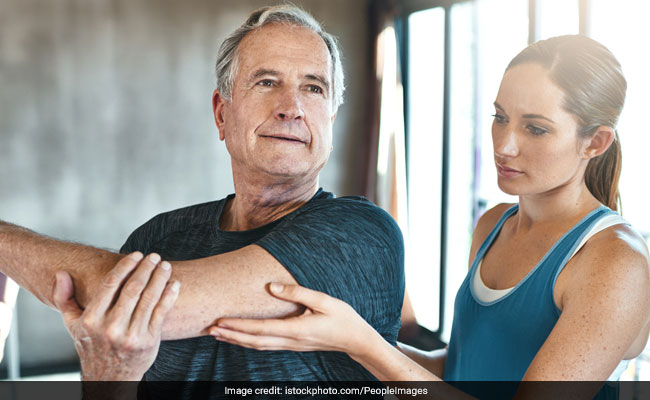 Osteoporosis is associated with the depletion of bone mass and density as a result of ageing, family history of the condition, genetic inheritance, or previous injuries. According to Dr. Manoj K. Ahuja from Fortis Hospital, "Osteoporosis literally means porous bones. It is a disease wherein the density and quality of bones are reduced. As the bones become more fragile and porous, the risk of fracture increases. The loss of bone occurs progressively and yet silently. More often than not, there are no symptoms until the first fracture occurs." Canadian researchers have discovered a herb- widely used in traditional Chinese medicine- that may treat people with osteoporosis.

According to the research published in the journal of Bone and Mineral Research, using a compound derived from red sage, bone loss could be prevented and bone mineral density increased by 35 percent. The treatment could also be potentially used to cure a variety of other bone and cartilage related diseases such as arthritis and certain bone cancers.

Researchers from The University of British Columbia in Vancouver found a way to selectively block an enzyme called Cathepsin K (CatK), which plays a key role in the breakdown of collagen in bones during osteoporosis. A researcher Dieter Bromme claimed that the development of osteoporosis drugs by pharmaceutical companies has focused heavily on blocking CatK in recent years.

The right diet plays a vital role in preventing bone loss. According to the National Osteoporosis Foundation in the United States, you must eat dairy products such as low-fat and non-fat milk, yogurt and cheese, fatty varieties of fish such as salmon, mackerel, tuna and sardines and fruits and vegetables including okra, Chinese cabbage, mustard greens, broccoli, spinach, potatoes, sweet potatoes, papaya, oranges, bananas and papaya for healthier bones. Recent research has also found that olive oil, soy beans, blueberries and foods rich in omega-3 fats such as fish oil and flaxseed oil may also help in strengthening you bones.