While the Iranian calendar celebrates the Persian New Year during the spring, Indians and Pakistanis follow the Shahenshahi calendar. Navroz Mubarak 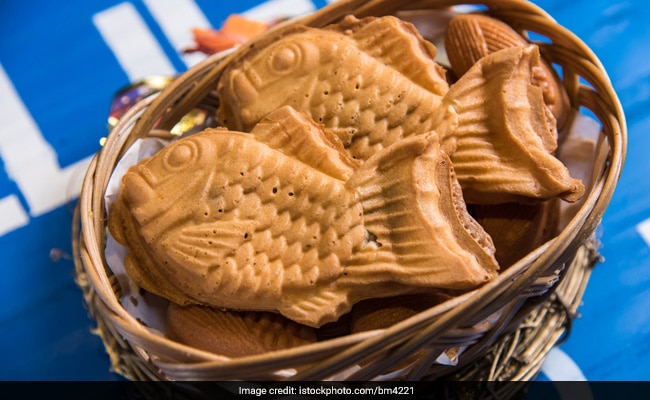 Parsis across the subcontinent following the Shehenshai calendar will be celebrating the Jamshedi Navroz today. A handful of natives of Persia, took refuge in India in during the 7th century A.D after a mass exodus from their homeland. They were the followers of Zoroastrianism, a religion founded by the Prophet Zarathustra in ancient Iran approximately 3500 years ago. It was the official religion of Persia until the Turkish army invaded Persia, and took over the kingdom and its governance. The oppressed Zoroastrians had no choice but to migrate, and India, the home-ground and birthplace of several religions, took them with open arms. The term 'Parsi' is Gujarati for Persian, it was on the shores of Gujarat, that they had their first encounter with king Sajan who decided to give Parsis refuge in his kingdom, on an ingenious plea by Dastur, their leader. 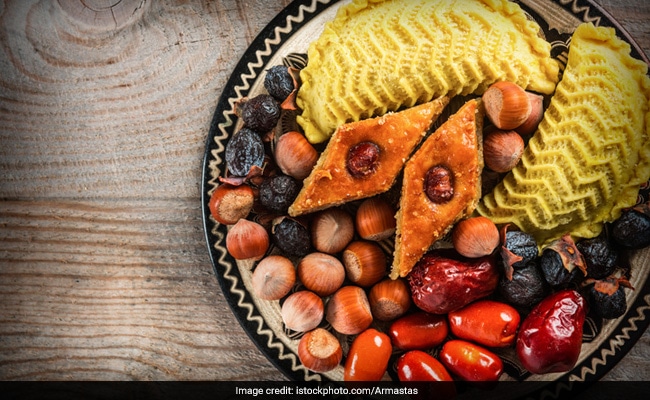 Navroz 2019: A Lavish Navroz feast is an essential part of Navroz or the Parsi New Year

Navroz or the Parsi New Year is the first day of spring, according to the old Persian calendar. The term Navroz is derived from two Persian words, 'nav' meaning 'new' and 'roz' meaning 'day'. Hence, Navroz signifies 'a new day'. According to ancient Zoroastrian beliefs, the king of Persia, Jamshed ascended the throne on this auspicious day and commenced the Persian calender. A Navroz meal is an epitome of the perfect feast. Households are decorated with colourful chawk patterns (rangoli) and torans (flower garlands) swing from the doors. The whole family is dressed in new clothes and visits the Zoroastrian fire temple. Dhan Dar Dar Patio (a simple yellow dal served with a spicy seafood pickle), Ravo (a milk-based dessert), Sweet Sev, Mitthoo dahi, Doodh Pak, Prawn Patio, Patra ni Macchi, Farcha and Salli Boti are some delicious dishes that make for the ideal Navroz feast. One of the most significant customs of the festival is to distribute boxes of Mawa Ni Boi (mawa sweet moulded into a fish) to friends and relatives. It is believed that Fish is a symbol of good luck and prosperity for the Parsi community. 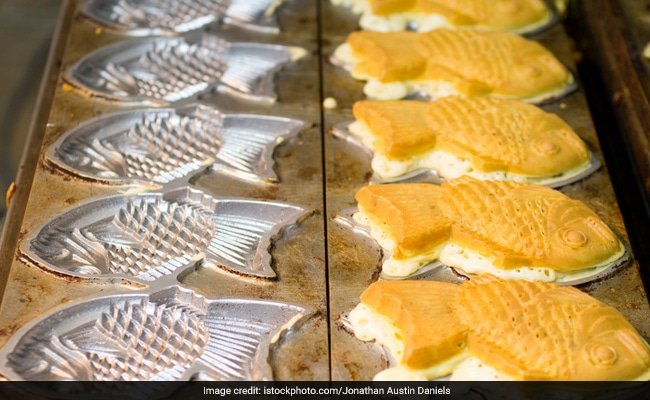 Navroz 2019: Fish is a symbol of regeneration for Parsi community

Mawa ni Boi is a sweet khoya and milk based dessert loaded with pistachios and almonds, moulded in shape of a fish. The fish is an ancient symbol of fecundity and regeneration, and no wedding or navjote or birthday or celebration is complete without fish, served in some way on the menu. Even the chawk patterns outside the house on Navroz have many intricate fish designs, symbolizing life and regeneration. Fish live in water, which is a symbol of life itself. Along with being the symbol of fertility, it is also a symbol of good luck for the Parsi community. Khoya is also known as mawa, mavo or Khoa, which is basically dried milk and is commonly used for making a variety of sweet dishes. It is readily available in many milk dairy's, but Parsi's usually make it at home, while some diligently purchase it from the Parsi Dairy farms. The sweetmeat is lined with silver varq which is edible, and gives a beautiful appearance to the fish shaped dessert. The delectable sweet is very easy to make. Just like any khoya barfi, one needs to knead the khoya with a handful of nuts and mould them lightly in fish patterns. Line them with edible silver, and flatten the top, after placing it on the plate. Garnish them with more nuts,and enjoy.