Mumbai Rains: Gurudwaras, Ganpati Pandals, Restaurants and Even the Indian Navy Come Forward to Offer Free Food to Those Stranded

Yet again, people turned to social networking websites to extend a helping hand and provide support. 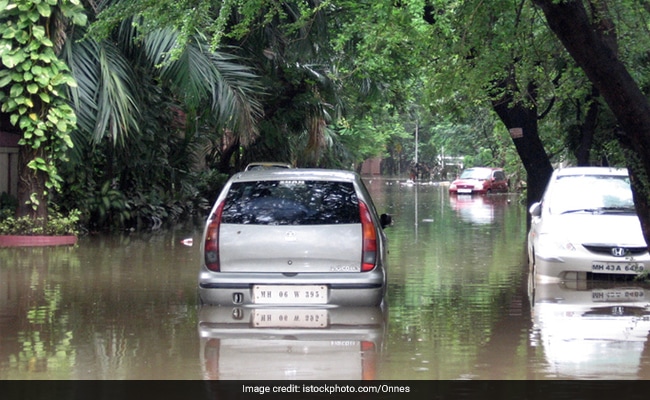 Mumbai has always had a love-hate relationship with the rains. While the much-awaited monsoon season is one of the most beautiful experiences, incessant downpour faced by Mumbai has been well documented to have wreaked havoc in the past. Torrential rain has swamped the city and brought it to a standstill once again. Reportedly, this is the second biggest episode of heavy and continuous rain witnessed by the city after a decade of a similar event that took place in the year 2005. Yesterday, there were reports of many areas of the city being submerged in water and pictures of people stranded away from their homes, wading and waddling their way through the waist-deep water.

Time and again, social media transforms into a handy tool in providing relief and spreading awareness during trying situations. Yet again, people turned to social networking websites to extend a helping hand and provide support to those who were or have been stuck in flooded areas. We explored twitter and found #RainHosts trending with an ongoing thread of hundreds of tweets from people giving out their addresses and offering those who were stuck shelter and home-cooked meal. Take a look at the tweets below.

If stranded around the highway near Santa cruz east/Kalina/Vakola please get in touch. I have lots of milk for chai. #RainHosts#MumbaiRains

Anyone stuck around Wadala please do come over. Will be happy to help with some shelter, food and hot tea :) #MumbaiRains#Rainhosts

Anyone around Mulund looking for a space to rest is welcomed. Netflix, Prime, Hotstar & Snacks. #RainHosts

Not just the locals, but the Gurudwaras, Ganpati Pandals and even restaurants and eating joints sprawled across the city welcomed people for shelter, food and water.

If anyone stuck in Lower Parel can make it to @bombaycanteen, our doors are open for some garam chai, working WiFi & warm hospitality. pic.twitter.com/lOZEULpmqN

Personnel from the Indian Navy were also seen providing free food to the ones in need. "Community kitchens providing food opened at Churchgate, Byculla, Parel, CST, Worli and Tardeo, Mumbai Central, Dadar, Mankhurd, Chembur, Malad and Ghatkopar," a Navy spokesperson said. "Food counters opened at various locations in Mumbai for stranded commuters," the spokesperson tweeted and was quoted by PTI.

Though it seems to have been a calm morning, in case you know anyone who is still in distress and needs help, please extend support. Also, if you know of communities, institutes, restaurants and local eateries offering shelter and free food, do share with us in the comment box below.