Losing sleep of just six hours or a single night may affect the liver's ability to produce glucose and process insulin, increasing the risk of metabolic diseases such as fatty liver and Type-2 diabetes. 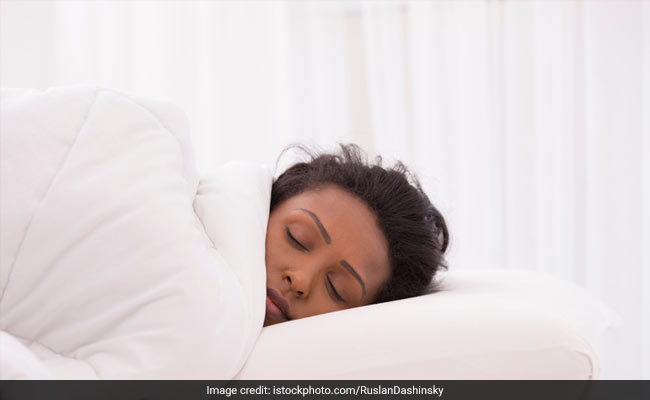 Here's another reason to take your sleep seriously. If the findings of a latest study are to be believed, being deprived of sleep for just six hours or a single night may affect the liver's ability to produce glucose and process insulin, increasing the risk of metabolic diseases such as fatty liver and Type-2 diabetes. The study was conducted over mice and was published in the American Journal of Physiology -- Endocrinology and Metabolism

Previous studies have linked sleep deprivation with eating more, moving less and having a higher risk of developing Type-2 diabetes. However, "it was not clear whether glucose intolerance was due to the changes in food intake or energy expenditure or to the sleep deprivation itself," explained a team of researchers from Toho University in Japan.

For the study, the team examined two groups of mice. One group was kept awake for six hours each night ("sleep deprivation"), while the control group was allowed to sleep as desired.

Through the study, it was revealed that blood glucose levels in the mice were significantly higher in the sleep deprivation group than controls after one six-hour session of wakefulness.

Triglyceride (fat) levels and the production of glucose in the liver also increased in the sleep deprivation group after a single wake period. Elevated liver triglycerides are associated with insulin resistance, or the inability of the body to process insulin properly.

These findings suggest that "intervention studies designed to prevent sleep deprivation-induced hepatic steatosis and insulin resistance should be performed in the future," the researchers noted.

The team offered unlimited high-fat food and sugar water -- mimicking lifestyle-related food choices that people make -- to both groups prior to the study.  During the sleep/wake period, the animals also had limited opportunity for physical activity.
In addition to your sleep wake cycle, a proper diabetes management is heavily dependent on your diet.

Here are 5 foods that could help manage diabetes naturally:

Flaxseeds are power-packed with large amounts of an insoluble fibre known as lignan. Consuming flaxseeds regulates blood sugar levels in the body and improves gut health and insulin sensitivity.

Fenugreek seeds, also known as methi seeds, and fenugreek leaves are both excellent in managing diabetes. Rich in fibre, they help in slowing the digestion process, which regulates the absorption of carbohydrates and sugars in the body.

Bitter gourd or karela helps make your insulin active, your sugar would be used adequately and not convert into fat, which would eventually help in weight loss too. Bitter gourd contains an insulin-like compound called Polypeptide-p or p-insulin, which has been shown to control diabetes naturally.