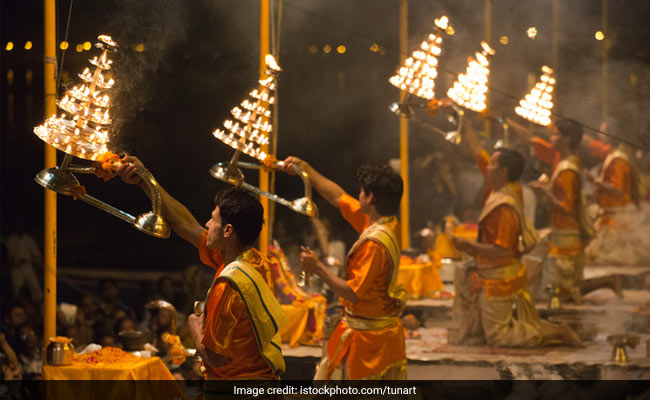 Hindus across the country are gearing up to celebrate Kartik Purnima on 4th November, 2017. Kartik Purnima is celebrated on the full moon day of the auspicious Karthika Month of the Hindu lunar calendar. For Hindus, Kartika month holds immense importance as it is the only month which is dedicated to the worship of both Lord Shiva and Lord Vishnu. Devotees throng the temples of both deities to seek blessing on this pious day. Kartik Purnima is also known and celebrated as Deva Diwali, Tripuri Poornima or Tripurari Purnima in different parts of the country.

The auspicious day is celebrated in honour of Lord Vishnu who incarnated as Matsya or Matsyavatram on Kartik Purnima. Matsya is said to be Lord Vishnu's first avatar out of his ten avatars. He took the avatar of a giant fish to rescue the first man, Manu, from a great deluge. Another great legend associated with Kartika Purnima is the episode where Lord Shiva killed the demon king Tripurasura (hence the name Tripura Purnima or Tipurari Purnima . It is believed that the Devas celebrated the day in the heaven by lighting several diyas, hence the day also came to be known as the 'Deva Deepavali'. People in Varanasi, celebrate the festival by lighting diyas in their houses and around the banks of the river. If you happen to be in Varanasi, don't forget to go to one of these Ghats to witness this pure visual treat.

Devotees also visit temples of Lord Shiva and light lamps near the linga. Some devotees would light a wick on the floats made from the stems of the Banana Tree and set it afloat on the river. Some of the lit diyas are also placed near a Tulsi plant.

On this day, devotees go to the rivers to take the ritualistic bath or 'Nadi Snaan'. People also pray to Lord Shiva and observe a day long fast. There is also a tradition of performing Rudra abhishekam of Lord Shiva, by bathing him in milk and honey. Kartik Purnima is also considered to be one of the most auspicious days for performing the Satya Narayana Swamy Vrat. According to scriptures, Kartik Purnima is one of the most loved days of Lord Vishnu, therefore some devotees also perform the Satya Narayana Vrat on Kartik Purnima.

Kartik Purnima is also associated with Prabodini Ekadasi. Prabodini Ekadasi marks the end of the four month long Chaturmas Vrat. A lot of fairs and festivities like the Pushkar fair which begin on Prabodini Ekadasi end on Kartik Poornima. The fair is held in honour of Lord Brahma. Artisans, craftsmen and merchants from all across India come to Pushkar and sell their pieces of work. People also come and sell their snacks, sweets and pickles in the fair.

A mela or Jatara is organized at the Ananthagiri Padmanabha swamy temple in Andhra Pradesh. It is celebrated widely in Orissa too. In South India where Lord Kartikey is revered with much fervor. In Cuttack huge idols of Kartikeshwara are built and worshipped on Kartik Poornima. Kartik Purnima is also the birth day of Sri Guru Nanak and is celebrated with great devotion by Sikhs.
Promoted
Listen to the latest songs, only on JioSaavn.com