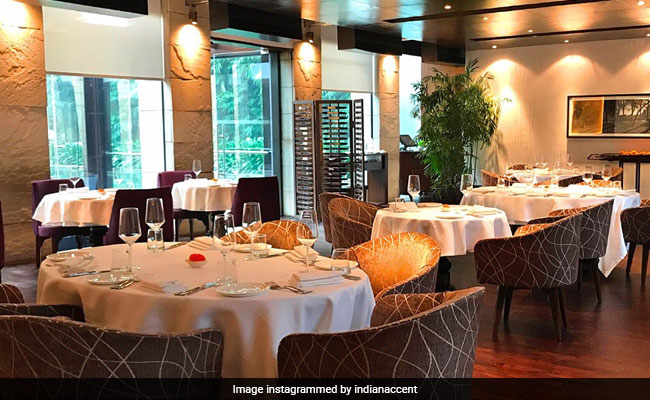 TIME Magazine just announced its first annual list of World's Greatest Places, and New Delhi's India Accent is the only Indian restaurant to make it to this coveted list. The list has been put together by TIME's editorial team along with dozens of industry experts who evaluated each nominee on factors like quality, innovation and influence. There are around 20 restaurants on this list and Indian Accent shares spotlight with iconic restaurants like Denmark's Noma, San Francisco's Eight Tables, Tokyo's Den and London's Dandelyan.

Chef Manish Mehrotra, the man behind Indian Accent's huge success over the last few years, took to twitter to express his happiness. He wrote "Really honoured to be part of this list...this again for our guests and my super star team @singhpalki"

Really honoured to be part of this list...this again for our guests and my super star team @singhpalkihttps://t.co/OFNNCW0Ayr

Speaking to NDTV Food from London, this is what Chef Mehrotra had to say:

"We are really honoured that this has come from an International publication like TIME.

It definitely is a pleasant surprise, as we didn't know who came and ate at the restaurant, or when we were reviewed for this list.

This is a validation of our belief that at Indian Accent every guest is a VVIP - and its only when you work with this ethic for each and every meal can you achieve such recognition".

Launched in 2009, Indian Accent, now located at The Lodhi Hotel in New Delhi has emerged to be one of the most sought after Indian restaurants in India. Indian Accent's innovative take on traditional Indian dishes has struck a chord with food connoisseurs from across the world.