Here’s How Loud Music May Affect Your Food Ordering Habits

According to a study published in the Journal of the Academy of Marketing Sciences, ambient music in restaurants may influence what food people choose 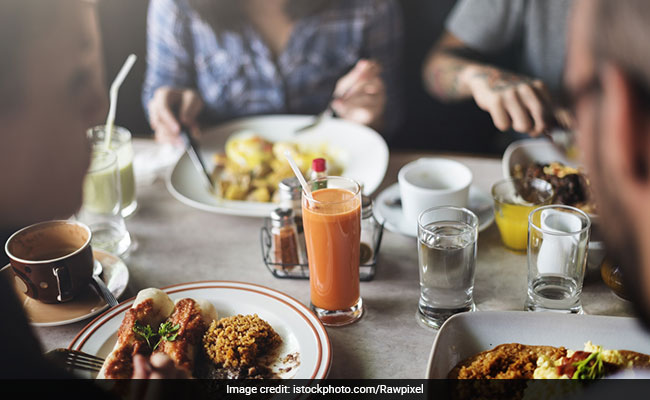 According to a study published in the Journal of the Academy of Marketing Sciences, ambient music in restaurants may influence what food people choose. Researchers have found that louder environments inspire diners to crave greasy cheeseburgers and fries instead of making healthier choices like salads. Volume is proven to directly impact heart rate and arousal. Softer music has a calming effect, making us more mindful of what we order, as per researchers. This typically results in healthier choices like salad.

Louder environments increase stimulation and stress, making diners choose junk food like cheeseburgers and fries. Restaurants and supermarkets can use ambient music strategically to influence consumer buying behaviour, as per the researchers. For the study, researchers played various genres of music in a loop separately at 55 and 70 decibels. The menu items were coded as healthy, non-healthy and neutral, the category used for items like coffee or tea.

55 decibel noise is somewhere between gentle background chatter and the hum created by a refrigerator or an air conditioning unit. A 70 decibel, on the other hand, is closer to that of a vacuum cleaner.

During the experiment conducted over several hours across multiple days, researchers found 20 percent more restaurant patrons ordered something unhealthy when exposed to louder ambient music compared to those who dined during a quieter time. While previous studies have looked at varying aspects of ambience's impact on food sales like lighting, scent and décor, this is the first study to look specifically at how volume dictates healthy vs non-healthy food choices. These findings allow restaurant managers to strategically manipulate music volume to influence sales.

Retail atmospherics, according to the researchers, is becoming an increasingly important strategic tool for stores and restaurants. Tempo of music has long been associated with levels of excitement; a quicker beat raises the heart rate while a slower rhythm induces relaxation.

Promoted
Listen to the latest songs, only on JioSaavn.com
Comments
RestaurantRestaurant billmusic