Happy Birthday Ranveer Singh: 7 Times His Penchant For Desserts Was Too Relatable To Miss

Actor Ranveer Singh would be ringing in his 33rd birthday on 6th July 2018. We did some stalking and picked out seven instances when Ranveer wowed us with his love for all things sweet and decadent. 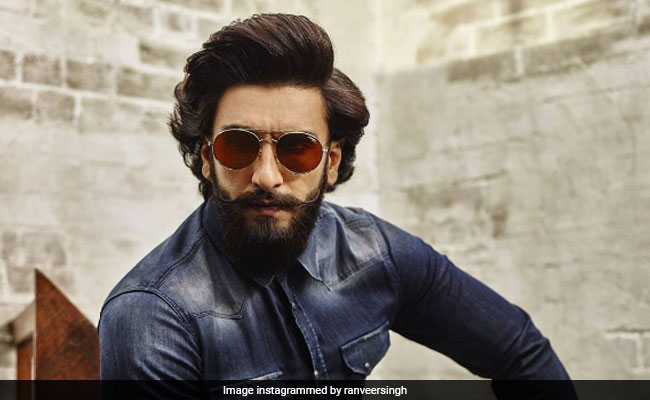 Actor Ranveer Singh is ringing in his 33rd birthday today. Wishes from across the industry has started poring in for the. 2018 started on a high for Singh who's Padmaavat became the first movie to cross the 300 crore mark this year. The actor who was last seen as a formidable Alauddin Khalji, would next be seen in Rohit Shetty's Simba, Zoya Akhtar's Gully Boy, and 83 where he is essaying the role of former Indian captain, Kapil Dev. With his kitty brimming with exciting projects, Ranveer Singh has lodged himself as the star to lookout in 2018 and 2019. Ranveer who stepped foot into the industry with 'Band Baaja Baarat' in the year 2010, has starred in several blockbusters ever since. Lootera, Ram Leela, Bajirao Mastani, Padmavat, Dil Dhadakne Do are some of his most notable performances in his career spanning just eight years. Massively popular on social media, his histrionics, edgy sartorial sense and camaraderie with industry pals ensure he is never out of public eye. Ranveer, who is also a fitness icon for millions across the country, does not shy away one bit to declare his love for indulgent food. His love for desserts especially, is rather prominent across his social media feed.

We have picked out seven instances when Ranveer wowed us with his love for all things sweet, yummy and decadent.

Remember when he rang in Christmas with a bunch of sweet treats. We cannot take our eyes off from that gigantic candy floss still!

That's him reading a draft of his upcoming film 'Gully Boy' with Alia Bhatt. Guess who is for company? Black coffee and oodles of chocolaty goodness.

While we set out our eyes on his birthday cake for this year, here's a glimpse of his cute birthday cake from the year 2016. What you see here is his favourite choco-hazlenut spread and a lazy Ranveer Singh struggling to wake up early.  According to Ranveer, this cake pretty much summed up his whole life. According to us, you cannot be more adorably relatable Ranveer!

That's him whipping some chocolate in Funky Chocolate Club in Switzerland.

Bagels, croissants, quiche and a starry company of Priyanka Chopra and Shefali Shah. The 'Dil Dhadakne Do' gang sure knows how to live it up.

Look how he managed to get Anil Kapoor become a part of his special 'diet' too!

Here's wishing Ranveer Singh a very happy birthday in advance. May you get to enjoy you're your favourite treats for the day!