Flies May Cause Severe Gut and Tummy Infections That Previously Thought: Study 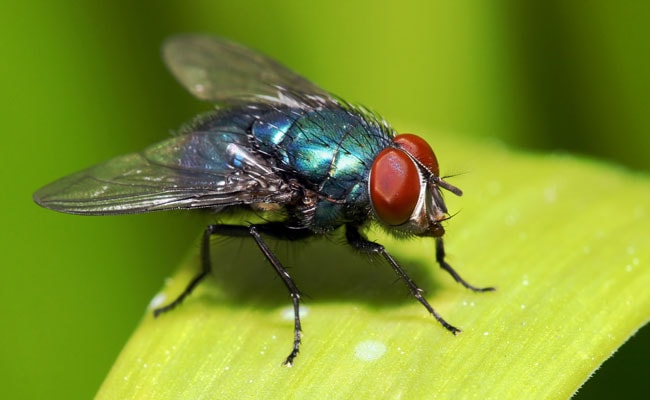 Love munching into the fries and chips? Cant stop noshing even if they have been sitting out in the open for a few hours? Well, you may want to rethink the idea, as the disease-carrying potential of flies sitting on the food could be much greater than previously thought. According to a latest study published in journal Scientific Reports, the microbiomes of 116 houseflies and blowflies from three different continents carried hundreds of different species of bacteria, many of which could bring about a bevy of diseases for humans.

Considering their close proximity to humans, scientists have often suspected their role in carrying and spreading diseases and turns out that their part in spreading diseases in human beings is much more intimate and wide spread than previously thought.

The researchers are optimistic that their study may help public health officials realise the extent of threat caused by pathogen transmission. Flies may contribute to the rapid transmission of pathogens in outbreak situations, noted researchers

For the study, the researchers investigated the microbial content of individual fly body parts, including legs and wings. They discovered that legs transfer most of the microbial organisms from one surface to another.

The researchers further noted that Blowflies and houseflies, both carrion fly species, they are also the most exposed to unhygienic matter because they use feces and decaying organic matter to nurture their offsprings, in these filthy places they could pick up bacteria that could act as pathogens to humans, plants and animals.Surprisingly, flies collected from stables carried fewer pathogens than those collected from urban environments, noted the study.

The team also discovered almost 15 instances of the human pathogen Helicobacter pylori, a pathogen often causing ulcers in the human gut, in the blowfly samples collected in Brazil. Until now, flies have not been considered as a potential route of transmission of this severe disease.

The researchers also posed a possibility of these flies causing more damage when more people are around. For instance, eating potato salad that been sitting out in your picnic is a far more risky affair in the urban settlement as it may land the entire group with severe gastric infections. It might be better to have that picnic in the woods, far away from urban environments, than in a central park, suggested the researchers.

The reserachers used advanced genomic and computational methods to come up with results. They also feel that flies can be used for human benefit too. For instance they can be serving as living drones that can act as an early-warning system for diseases.