Father's Diet Can Determine the Newborn's Health Too: Study

According to a latest study, a man's diet before conceiving a baby could play a much bigger role than previously imagined. 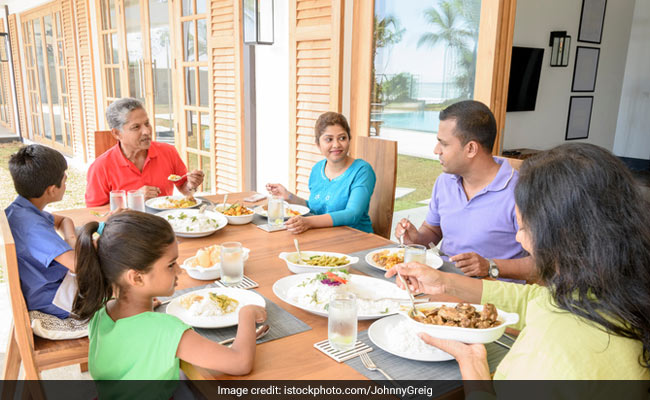 Planning to be a father soon? Make sure that your diet is in place before you take the plunge. According to a latest study, a man's diet before conceiving a baby could play a much bigger role than previously imagined. The diet can impact the newborn's health suggests the new study.

The study published in the journal Proceedings of the Royal Society B, revealed that men must include fish, meat, vegetables and fruits in their daily diet adding that a low carbohydrate and high protein diet by the father will help the child's healthier once they are born

For the study, the researchers from the University of Cincinnati in Ohio examined male fruit flies and the impact of their diet on their next progeny. Fruit flies share 60 percent of genes with humans. After altering diet, the team mated male fruit flies with females. The results indicated that offspring were less likely to survive if their fathers consumed a poor diet of high carbohydrates and low protein.

The researchers revealed that men who are planning to be fathers should have a diet consisting of fish, meat, vegetables and fruit while cutting out pasta, rice and white bread. Sugary foods like sweets, cakes and biscuits are also to be avoided.

Researchers said that many human species encourage mothers to exercise extra care. But it was a real surprise to find a link between paternal diet and offspring.

The researchers claimed that there are several other influences men have on babies' health that are not necessarily coded within genes, a concept called epigenetics.These influences include direct environmental effects such as exposure to toxins that can be passed from the father to his offspring through his semen.

For the experiment, female fruit flies were fed the same diet while males had different ones consisting of yeast and sugars. After following the strict diet for 17 days, the males were mated with two females. It was found that the embryos were more likely to survive if they had a father with a high protein and low carbohydrate diet.