There are many reasons for infertility in couples, with a lot of them being related to the kind of lifestyles that the couples lead 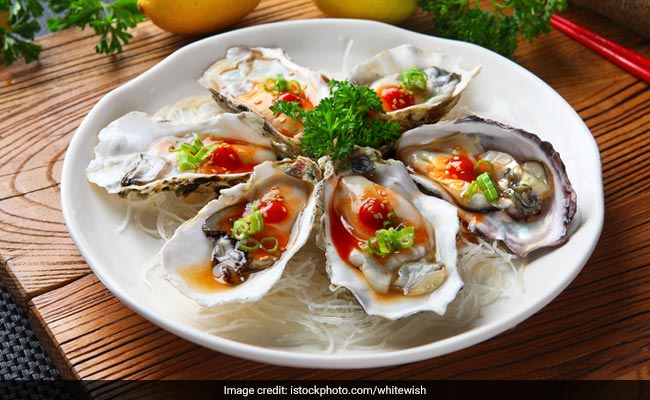 There are many reasons for infertility in couples, with a lot of them being related to the kind of lifestyles that the couples lead. Some of the most important risk factors related to increased chances of infertility include stress, alcohol consumption, smoking and diet. A new study has suggested that eating more seafood may actually help couples conceive. A study published in the Endocrine Society's Journal of Clinical Endocrinology & Metabolism has said that more consumption of seafood by couples increases their frequency of sexual activity, reducing the time it may otherwise take them to conceive.

One of the study's authors, Audrey Gaskins, Sc.D., of Harvard T.H. Chan School of Public Health in Boston, Mass said in a press release that seafood may be beneficial to couples wanting to get pregnant. She added that couples who had more than two servings of seafood every week, while they were trying to get pregnant, had more sex, resulting in a shorter time to conception. As a part of the study, some 500 couples from Michigan and Texas were asked to record their daily seafood intake in journals, in order to determine a link between seafood consumption and fertility.

The results were telling- 92 per cent of the couples who consumed seafood over twice a week, were able to conceive by the end of a year, as compared to 79 per cent of the couples who ate less than two portions of seafood every week. However, an increase in sexual activity wasn't completely able to explain the link between seafood consumption and pregnancy, suggesting that there were other biological factors at play, said the release published at endocrine.org.

The release on the study mentions factors like "effects on semen quality, ovulation or embryo quality". Gaskins also stresses on the importance of both partners following the seafood diet, in order to attain desirable results. This means that it's not just the female partner, but also the male partner who needs to incorporate more seafood in the diet to get pregnant faster. However, this study must be taken with a pinch of salt, given the warnings about mercury poisoning through seafood. It's recommended to consult a certified nutritionist before making any significant changes to your diet.

Promoted
Listen to the latest songs, only on JioSaavn.com
Comments
seafoodseafood and pregnancymen and women