Street Food In This City Declared Safest By Regulator

Kankaria Lake in Ahmedabad has been declared as India's First Clean Street Food Hub, as it meets 80% of the specified benchmarks of basic hygiene and sanitary requirements by FSSAI. 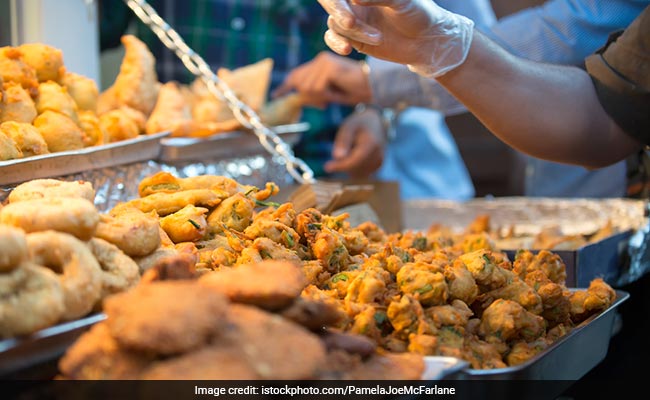 Street food is usually considered unhealthy and it's frowned upon to indulge in your favourite street treats too much. This reputation of street foods has been built upon the assumption that most of the food carts on the streets have questionable hygiene standards, use unhealthy ingredients to prepare these dishes, and serve them in unclean utensils. But, all that is about to change as the Food Safety and Standards Authority of India (FSSAI) has started a massive initiative to raise the quality of street food vending to the level of food courts and established hotels and restaurants. The government organisation has even declared a popular street food area in Ahmedabad, Gujarat, as India's first 'Clean Street Food Hub'. An FSSAI press release on the announcement said that Kankaria Lake, with about 66 street food vendors, has won the tag of India's first 'Clean Street Food Hub.'

With cuisines like pao bhaji, Chinese, bhel puri, ice cream, khichu, popcorn, dhokla, masala dosa, pani puri etc., and the release said that the area caters to about 1.2 crore street food enthusiasts every year. FSSAI has even installed a plaque at the location, which means that Gujarati foodies in the state's capital can now happily flock to any of the numerous stalls in Kankaria Lake and partake in the delicious food, without any worries of tummy troubles or diseases. Concerned authorities have declared that "the street of Kankaria Lake, Ahmedabad meets 80% of the specified benchmarks of basic hygiene and sanitary requirements, and hence, can be awarded as 'Clean Street Food Hub'," says the press release.

This declaration was only made after the area was first identified as a popular food street and a pre-audit of the stalls here was conducted by FSSAI along with FDCA, Gujarat and DNVGL Business Assurance India Pvt. Ltd. The officials gave suggestions to fill in gaps in the hygiene standards of the vendors here and consequently Food Safety Awareness and Training Organisation (FSATO) was delegated the work of training the street food vendors, with special attention to areas improvement was required. As a part of the initiative, FSSAI has also framed guidelines to improve the existing infrastructure of famous street food areas and clusters in cities and towns across India, in order to provide tourists and foodies with a safe and hygienic local eating experience.

The release on the announcement quoted Pawan Kumar, the CEO of FSSAI as saying, "We all Indians are fond of street food, and yet not very comfortable taking it for reason of poor hygiene and quality." He added by saying that the Clean Street Food Hub initiative was aimed at radically improving street food vending in the country to make Indian street food, "popular and 'must have' for both domestic and international tourists while also preserving rich culinary heritage of the country." Next on FSSAI's list of are four more Gujarat cities - Surat, Vadodara, Rajkot and Dahod - which will be converted to Clean Street Food Hubs in the coming months.