On Farhan Akhtar's birthday, Zoya showered her love for brother with hashtags such as "#babybro #favboy #mine." 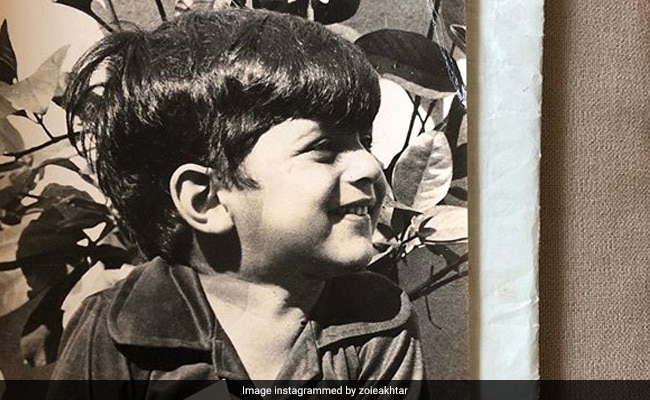 Happy birthday, Farhan Akhtar! Actor-director-singer Farhan Akhtar turned 46 today and interestingly defies his age completely with his stunning looks. Farhan's filmmaker sister Zoya Akhtar posted a throwback photo from his childhood days on his birthday today and it's adorable. The photo is captioned, "Farhan means happy," with little Farhan innocently smiling at somebody in the sepia-toned photo. Zoya showered her love for brother with hashtags such as "#babybro #favboy #mine." Farhan has replied to the post with little bit of light humour saying, "Thanks Zo. Can you please not use images from my photo shoot last year. I'm a bit taller since then. Thanks. Love you." The post also has comments from Farhan's girlfriend Shibani Dandekar, who posted the heart emojis.

Here's what the Gully Boy director posted for Farhan Akhtar:

The birthday boy started his career in Bollywood as an assistant director for the film Lamhe. He put his acting skills to test in the film Rock On! which was a major hit and got him the Filmfare Award For Best Male Debut. The multitalented Farhan has also been a playback singer in the same film for five tracks. Later, he also sang two tracks, Senorita and Toh Zinda Ho Tum, in Zoya Akhtar's Zindagi Na Milegi Dobara, in which he also stars.

The actor has also been an active part of the ongoing protests around the country against Citizenship Act. Farhan told reporters at the protest, "It is important for me to raise my voice." He has also been actively participating in working towards social causes including crime against women and launched a social campaign 'Men Against Rape and Discrimination".

Farhan Akhtar was last seen in the film The Sky Is Pink. The actor is currently working on his upcoming film Toofan, for which he underwent intense training. He recently shared the first look of the film on Instagram.