Zero Vs KGF: Ritesh Sidhwani Says 'Don't Think It's A Clash For Space'

KGF: Chapter-1 is releasing in five languages and will hit the marquee on December 21 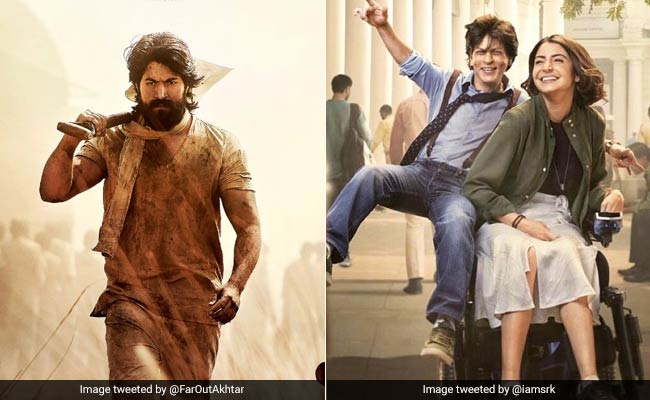 KGF: Chapter-1 is releasing in five languages and will hit the marquee on December 21. Shah Rukh Khan's Zero is also scheduled for release the same day, but the makers of film are undeterred, says producer Ritesh Sidhwani. Actor and producer Farhan Akhtar along with partner Ritesh Sidhwani and leading cast of KGF: Chapter 1, Yash and Srinidhi Shetty were present at the second trailer release of the film in Mumbai on Wednesday.

Excel Entertainment's Ritesh Sidhwani said, "I don't think it is a clash or a fight for the space. I think there is enough space. The reason we're coming on the same date is because it is an important festive date for south and we're releasing in four different south Indian languages. We couldn't have delayed it."

"We're not aiming to go as wide as Zero in the north Indian market. So there will be no clash."

Excel Entertainment, known for commercial Hindi drama films, such as Rock On!! 2, Raees, Fukrey series, Gold' and many more, is now backing up KGF which is a Kannada film. Ritesh Sidhwani says cinema has overcome the language barrier.

"As long as the story is engaging, there will be some emotional connect to it. As long as the film connects with you, emotionally identifies with you, I don't think language would be a barrier," said Ritesh Sidhwani.

An action period drama based on Kolar gold fields, it is written and directed by Prashanth Neel and produced by Vijay Kiragandur under the banner Hombale films. The film stars Yash and Srinidhi Shetty in the lead roles.

It is slated for December 21.