Yes, Aamir Khan and Amitabh Bachchan Will Star in Thugs of Hindostan 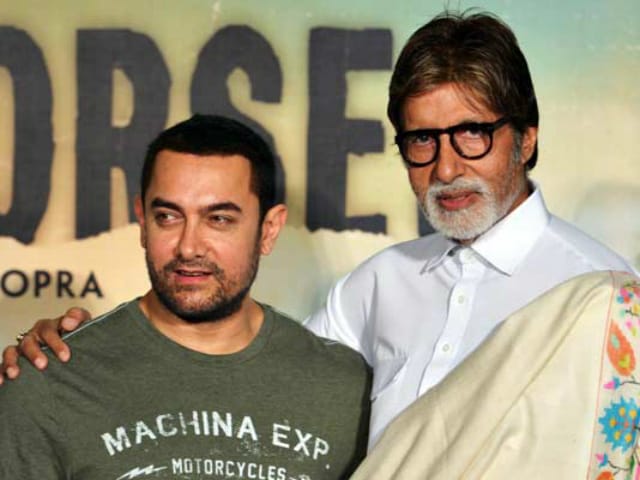 New Delhi: Yes, Aamir Khan is making a movie with his 'icon,' Amitabh Bachchan. Thug is happening, confirmed the actor in a tweet on Wednesday morning, describing himself "thrilled to be working with the actor (he's) admired all (his) life."

The film is titled Thugs of Hindostan and will be made by Yash Raj Films, who have reserved Diwali 2018 for release.

Despite their distinguished biographies, Aamir and Big B have never made a film together - Thugs of Hindostan will be their first. Big B has been in films with Aamir's fellow Khans, Shah Rukh and Salman.

Very little is known about the film so far but it's reportedly based on novelist Philip Meadows' 1839 book Confessions of a Thug. Vijay Krishna Acharya, the 'Victor' of Aamir's tweet, will direct. He last helmed Dhoom: 3, in which Aamir starred as the antagonist and Amitabh Bachchan's son Abhishek played the protagonist.

Promoted
Listen to the latest songs, only on JioSaavn.com
The female lead has not been revealed yet.

Aamir Khan will next be seen in Dangal this Christmas. Amitabh Bachchan's Pink releases in two weeks.