Yami Gautam's 'First Birthday' Pic Will Put A Smile On Your Face, Just Like She Wants

"Teeth or no teeth, just smile," she captioned the throwback photo 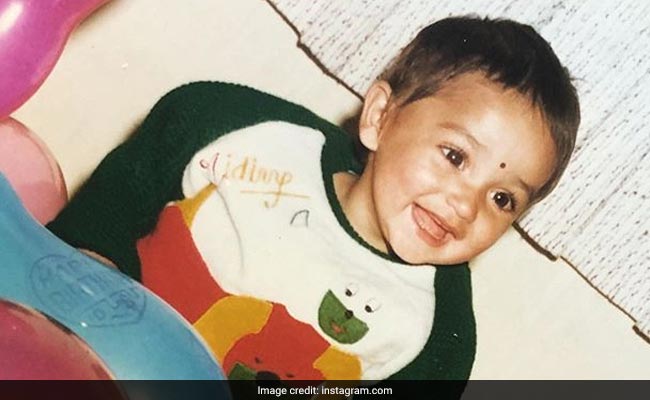 Can you guess who this baby grew up to be? (courtesy Instagram)

A quick trip to actress Yami Gautam's Instagram will indeed put a smile on your face - just like she wanted. The Uri actress is a fan of throwback photos and travelled down the memory lane on a lazy Sunday to dig out a blast from the past. The 30-year-old actress delighted us with a childhood photo of hers from when he was just a year old - it's a priceless photo from her first birthday after all. Teeth or no teeth, just smile. P.S. This is my 1st birthday." In the photo, a baby Yami Gautam smiles adorably and fans can't stop raving about how cute the photo is: "Aww so cute," read a comment while another added: "Wow, this is amazing!"

Teeth or no teeth , just smile P.S.. this is my 1st bday #sundayswillbeaboutspecialthrowbacks #longestcaptionever

Yami Gautam continues to charm us with her million dollar smile and here are just a few glimpses.

It's not a perfect ten but your love is thank you so much...#grateful

Sunday's are special for us

Yami Gautam made her Bollywood debut with the critically acclaimed 2012 film Vicky Donor, starring opposite Ayushmann Khurrana. She was last seen in the massively successful Uri: The Surgical Strike, for which she had chopped off her long hair. She played an intelligence officer in the movie, also starring Vicky Kaushal.

Yami Gautam, who has been part of Bollywood for seven years now, told IANS in an interview that the film industry indeed takes a toll on you: "It can either take one film or more for someone to be up there. There is no formula for it. When you are up there it is about how you survive and how you handle it, how you take it forward is important. At one point I was a newcomer and there will be new people coming in, if I look left, right and centre I would not be able to focus on my work. It is a very consuming place, it can absorb you, it can drain you emotionally."

Yami Gautam will next be seen in Bala.

Remembering Kirk Douglas: From Champion To Spartacus - His Six Most Famous Films