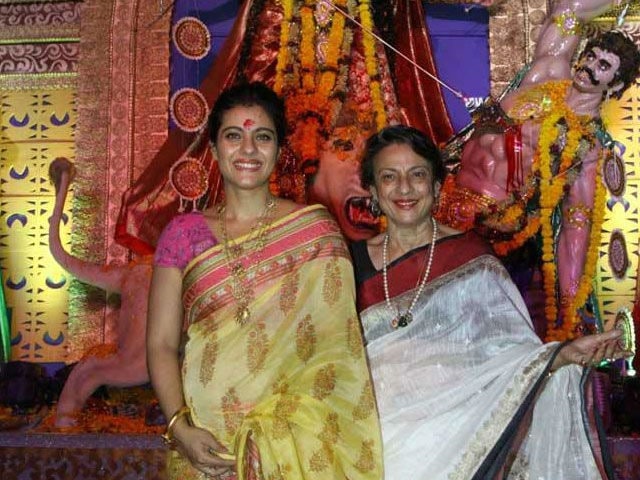 Kajol and Tanuja photographed in Mumbai.

Mumbai: Veteran actress Tanuja Mukherjee said that she does not have a say in the decisions made by her daughter, actress Kajol.

Tanujaji feels that her children have a mind of their own and she does not feel the need to interfere in that.

When she was asked if Kajol should direct a film, she said: "Why? My children have a mind of their own. Kajol has a mind of her own. When she decides to take up direction, she will I guess. But I don't have any say in that."

The duo is producing their first venture, A Death in the Gunj, which is actress Konkona Sen Sharma's first film as a director. Tanujaji, who features in the film, said that she is an admirer of Konkona's work.

"The one person whose performance I've always enjoyed is Koko (Konkona). I've been in this industry for a long time. I've heard a lot of scripts. But she is the only director, who has narrated the script to me and I closed my eyes, and was able to visualise the entire film," she said.

A Death in the Gunj will go on the floors on January 25. It also stars actors like Vikrant Massey, Kalki Koechlin, Gulshan Devaiah, Om Puri, Tillotama Shome and Ranvir Shorey. (Also Read: Konkona Sen Sharma Signs a Lootera For First Film as Director)