Will Daredevil Be The Last Marvel Hero On Netflix? 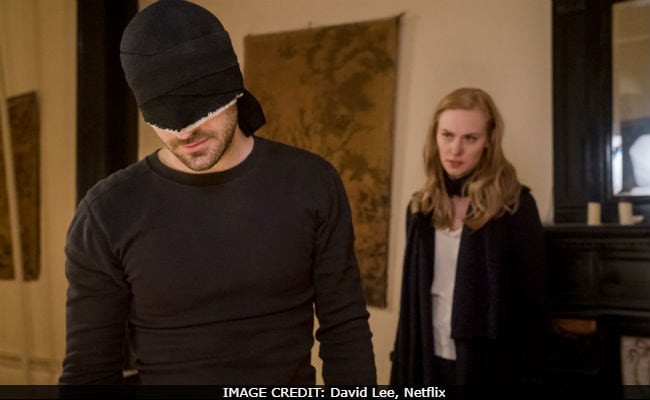 Netflix canceling two Marvel series (Iron Fist and Luke Cage) while also streaming its best superhero offering to date (Daredevil) is as cold as it is predictable.

Had Iron Fist been the only cancellation, the assumption could have been that Marvel's mystical martial arts show could not overcome the negative reaction to its debut season in 2017 despite a much stronger second season this year.

But when the cancellation bullets did not bounce off Luke Cage, one could easily get the feeling other factors were involved besides the assumed production costs and viewership numbers.

Looming over Netflix's live-action, gritty Marvel universe is Disney (who owns all things Marvel) and their launching-sometime-in-2019 streaming app that will be loaded with Marvel goodies. It is already old news that the movie side of Marvel Studios and Netflix will soon be splitting amicably. You can stream Black Panther right now on your device of choice via Netflix if you so choose. But soon that will not be the case.

Marvel and Netflix's superhero series deal (featuring Daredevil, Luke Cage, Iron Fist, Jessica Jones and The Defenders) always hovered on the outside of this pending split. Aside from Iron Fist's initial bad media coverage, the Marvel/Netflix partnering had been seen by most as a success. Why fix it if it is not broke? Well, maybe Marvel would just rather cut ties with Netflix on the TV side, like it has done with the movies, and have everything for themselves, to put on the Disney streaming app - that makes the most business sense. It could have been Marvel's success with Netflix that made Disney realize they would not need Netflix if they just built their own platform.

If this split happens, Netflix will not be hurting for original superhero content with the deal they recently struck with Mark Millar and the multiple comic book properties that come with it that they plan to develop.

The wrench in all this is Daredevil just produced an incredible 13-episode third season that, for now, is the streaming live-action superhero standard. By a lot. And instead of riding Daredevil off into the sunset, Season 3 ended with the type of surprise that usually always warrants a follow-up season.

But where will it take place if that happens? On Netflix ... where it could be the spot for guest-appearances of canceled Defenders Danny Rand and Luke Cage? Or maybe Disney's upcoming streaming app has the Devil of Hell's Kitchen in its sights as well?

Both Iron Fist and Luke Cage ended with story lines good enough to continue elsewhere. The Disney streaming service seems like the perfect landing spot, but maybe Disney does not want to start transferring the Netflix's Marvel heroes over until they have them all.

It's hard to imagine Netflix would want a third season of "Jessica Jones" if it did not want third seasons from Iron Fist and Luke Cage. But Netflix has confirmed that Season 3 of "Jessica Jones" is currently in production. And do not forget "The Punisher," coming off a strong first season, is still out there for Netflix for the time being as well.

Daredevil will likely be the last hero standing at Netflix when the Marvel/Disney drama is all said and done. But if Netflix axes Daredevil as well and we have seen the last of Charlie Cox behind the mask, they went out on top with Season 3.

(Except for the headline, this story has not been edited by NDTV staff and is published from a syndicated feed.)
Comments
netflixmarvel herodaredevil