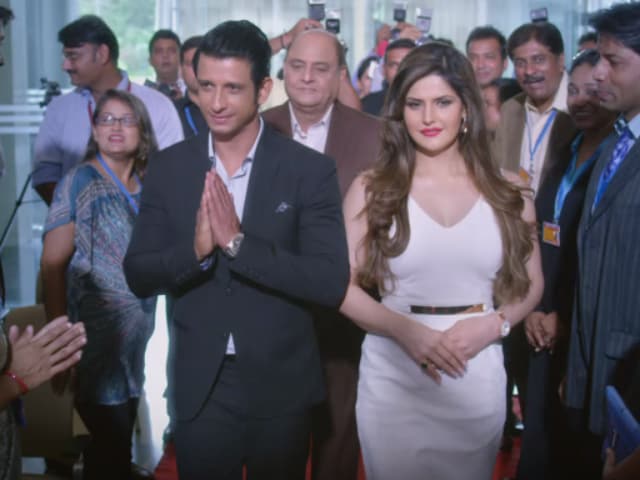 A still from Hate Story 3.

Mumbai: Actors Sharman Joshi and Zarine Khan, who will be seen in director Vishal Pandya's Hate Story 3, say that they were "extremely comfortable" shooting the lovemaking scenes in the film.

"I was extremely comfortable. Also, due credit should go to Zarine and the rest of the crew because it's part of the job and we're professionals. We are here to enact our parts and if it requires a lovemaking scene, we've gone out and done that as any other scene that one would've approached," Sharman said at the trailer launch of film in Mumbai on October 16.

"I'm glad that there is such hue and cry about love-making scenes in India because that ensures a good opening for the film. But apart from that, in my mind it's no big deal," he added.

Veer actress Zarine reiterated Sharman's views and said: "We shot the song towards the end of the film and by then we knew each other and were quite comfortable with each other. We're actors and this is part of our jobs. It's mechanical."

Sharman also clarified about reports that he was going naked for the film.

"I was speaking to a journalist and I had mentioned that if a film of certain aesthetics comes my way and if I feel it requires to be done, then I would go to the extent of going naked. And the highlight of it was made that, 'Sharman was going naked'. But even that suited me as people might have read the article effectively," he said.