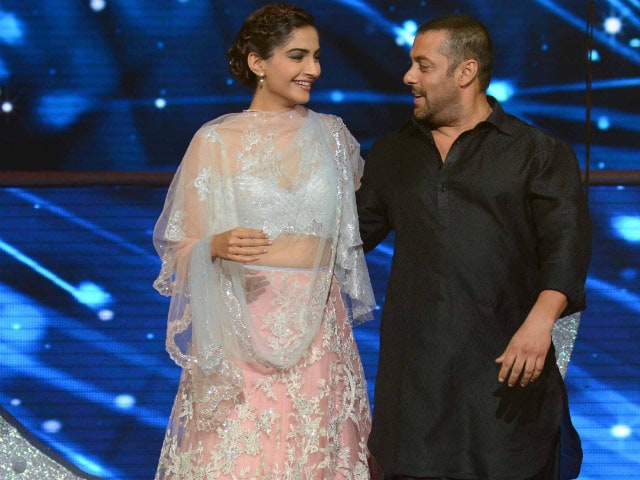 Sonam Kapoor and Salman Khan on the sets of a television show in Mumbai.

New Delhi: Sonam Kapoor, who will next be seen opposite Bollywood's Dabangg star Salman Khan in Prem Ratan Dhan Payo, says that the forthcoming family drama is the "biggest film of her career".

The actress is delighted to share screen space with Salman and also to be part of Sooraj Barjatya's film.

"It was a beautiful experience and this is the biggest film of my career. I'm very lucky that I got this opportunity," Sonam said during a promotional visit for the film in New Delhi. (Also Read: Salman Khan: Sonam is as Beautiful and Talented as Madhuri, Aishwarya)

She was accompanied by Salman at the event.

Sonam, daughter of Anil Kapoor, who shares a close bond with Salman, described working with Salman as an "amazing" experience.

"I'm very happy and grateful to the Barjatyas especially Sooraj ji. It's quite amazing that I get to work with Salman Khan," Sonam said.

Sonam is awaiting the release of Prem Ratan Dhan Payo and promises that the movie comes with the perfect dose of "action, romance and comedy".

The family drama finds its place in cinemas on November 12.