Why Ileana D'Cruz Will Not Reveal More About Photographer Boyfriend

Ileana D'Cruz said: "There are times when the comments become nasty. It's not fair for him to go through it" 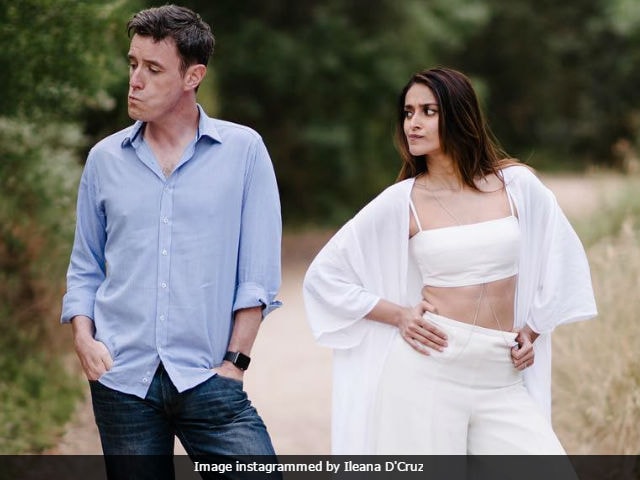 New Delhi: Ileana D'Cruz says the reason why she may never open up about her relationship with Australian photographer Andrew Kneebone is because of the social media trolls. She told mid-day: "We actors get a lot of love, but at times, we get double the amount of negativity for no reason whatsoever. There are times when the comments become nasty. It's not fair for him to go through it. He is a normal person and is entitled to his privacy." Ileana and Andrew Kneebone's relationship is an open secret as the Rustom actress often stars in her boyfriend's photoshoots, which feature in headlines. "We are clear that this is my line of work and he has his own, which is photography. We don't interfere in each other's professional front," Ileana said when asked if Andrew gives his feedback on her films.

Ileana D'Cruz, who stars in upcoming film Baadshaho, told mid-day that her family has more to say about her work than Andrew. "I do not like to be told what to do, but in the end I take my own decisions," she said.

How I miss this

Are Ileana and Andrew getting married any time soon? "I think marriage and live-in relationship aren't really different. It is just a piece of paper that separates the two. Marriage is great for a lot of people. It changes a lot of things between two people, but I don't look at it in that way. My commitment towards him is not going to change," Ileana told mid-day.

Ileana told mid-day that she's aware of 'industry norm' for married actresses and she's chosen to 'accept it.' She said: "We have had many instances of actresses, who have been super talented, but they didn't get offers as after marriage, which is unfair. I am happy with the work that I have got so far. Personally and professionally, I am in a great space. There are no complaints," reports mid-day.