'When Will I Ever Get Home?' Tweets Rishi Kapoor After 8 Months Of Cancer Treatment

Rishi Kapoor left for the US in September 2018 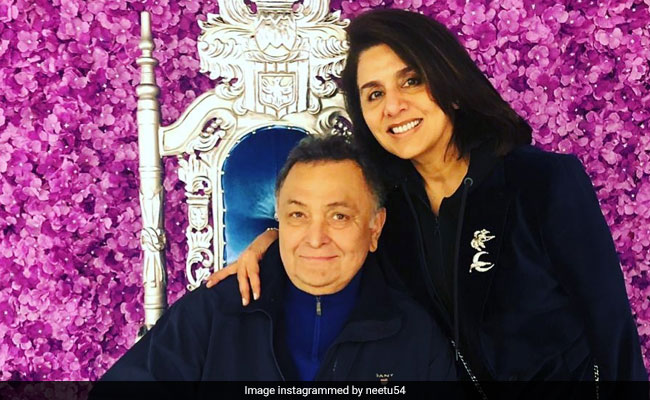 Actor Rishi Kapoor, who is undergoing treatment for cancer in the US, tweeted, "When will l ever get home?" after completing eight months in the Big Apple. The 66-year-old actor appears to be homesick as he tweeted on Friday morning: "Today I complete eight months here in New York. When will l ever get home?" Earlier this month, Rishi Kapoor told Deccan Chronicle that he is now cancer-free but in remission. He also added that he requires a bone marrow transplant, which has pushed his return journey ahead by a few months. "My eighth month of treatment started on May 1 in the US. But God has been kind! I am in remission, meaning now I am cancer-free," he was quoted as saying. Rishi Kapoor left for the US in September 2018.

When in the US, Rishi Kapoor had regular visitors from the film industry including Shah Rukh Khan, Aamir Khan, Deepika Padukone, Priyanka Chopra and Vicky Kaushal, among others. Rishi Kapoor's family members including his sisters Rima Jain and Ritu Nanda, niece Karisma Kapoor, brother Randhir Kapoor, daughter Riddhima Kapoor Sahni and son Ranbir Kapoor were also on the list of frequent visitors. Riddhima and Ranbir also spent the Christmas and New Year's with Neetu and Rishi Kapoor in the US. At that time Ranbir's rumoured girlfriend Alia Bhatt also stayed over.