When Rajinikanth Told 2.0 Co-Star Amy Jackson He Was 'Nervous' 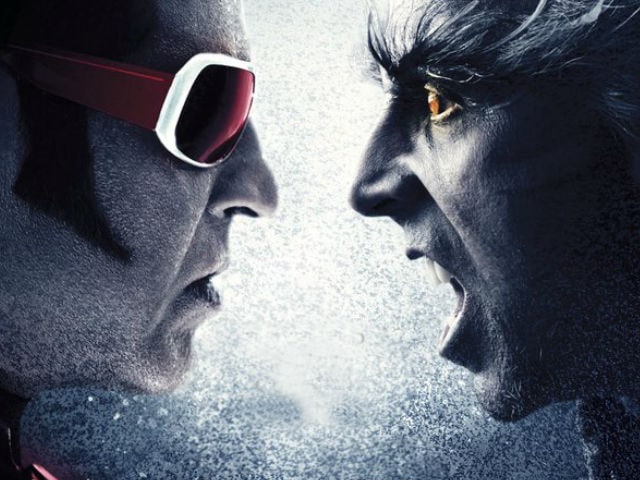 New Delhi: Actress Amy Jackson stars opposite superstar Rajinikanth in upcoming Tamil sci-fi film 2.0, which is directed by Shankar. When Amy asked Rajinikanth if he was excited about the launch of the first look of the film, she did not expect Rajinikanth to say that he was "nervous," reports news agency IANS. After the superstar's confession, Amy believes that Rajinikanth is a "humble person." The film is a sequel to 2010 hit film Enthiran (which released as Robot in Hindi). Rajinikanth will reprise the roles of Dr Vaseegaran, who created Chitti the robot (also Rajinikanth), which turned rogue and finally had to be dismantled. Aishwarya Rai Bachchan starred opposite Rajinikanth in the original film.

"Before releasing the first look of 2.0 when we were shooting a scene, which involved Rajinikanth and me. I asked him, 'Sir, are you excited to release the first look?' He said, 'Actually Amy, I am very nervous. I get very nervous when I have media attention.' I was surprised. I said 'you're a superstar and you shouldn't be.' He said, 'Yes but I am nervous.' This means he is such a humble person," Amy told IANS.

Amy, 24, also praised actor Akshay Kumar, who plays the antagonist opposite Rajinikanth in 2.0. Amy, who has previously worked with Akshay in Singh Is Bliing, told IANS that the Khiladi star is the 'fittest actor in Bollywood.'

"He has sustained the tag from the moment he started. He actually lives by that mantra. His action sequences are best in Bollywood. When we were shooting Singh Is Bliing, he was always on set before anybody else after doing two hours workout. He is a big inspiration," she said.

Akshay plays an eccentric scientist named Dr Richard who, after an experiment goes horribly wrong, looks like a Birdman and mad scientist crossover, dressed in a black feathery costume with a grey hairdo in the first look, which was unveiled at an event in Mumbai on November 20.

The film's other antagonist is actor Sudhanshu Pandey, who has co-starred with Akshay in films like Khiladi 420 and Singh Is Kinng. Sudhanshu plays Dr Bohra's (Danny Denzongpa in Enthiran) son in the sequel.

Promoted
Listen to the latest songs, only on JioSaavn.com
2.0, releasing next year on Diwali, has music by Oscar-winner A R Rahman. 2.0, directed by S Shankar, has reportedly been made on a budget of Rs 350 crore. The film will release in Tamil, Telugu and Hindi. Rajinikanth, 65, was last seen in the mega-budget Kabali, which was released to immense fanfare in July.